If you’ve been spending much of your time in quarantine binge watching Netflix and eating popcorn, we feel you, and same! By now you have probably made your way through every film, show and documentary or perhaps you are rewatching some of your favourite shows all over again. Whatever the case may be, you will be excited to know that Netflix is now adding 17 brand new Indian TV shows and movies to its already extensive library.

The upcoming addition of Indian originals to the platform comprises 12 new films and five TV series. The new shows and films will include performances from an array of artists including the likes of Anil Kapoor, Pooja Bhatt, Bobby Deol, Bhumi Pednekar, Konkona Sensharma, Janhvi Kapoor, and many more. The genres will range from romantic comedies to thrillers and light hearted dramas. The upcoming shows will be slowly making their way to the platform in the coming few weeks. A report on a leading news portal claims that Netflix will announce nine Bollywood projects that will be released exclusively on their platform. 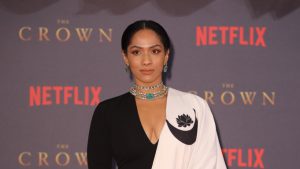 Together with this variety of shows, a number of web series too will be getting a digital release. Some of these include Mismatched starring Prajakta Koli and Rohit Saraf, A Suitable Boy, based on the critically acclaimed book by Vikram Seth starring Ishaan Khatter, Tabu and Tanya Maniktala, Bombay Begums featuring Amruta Subhash, Plabita Borthakur, Aadhya Anand, Pooja Bhatt and Shahana Goswami and Masaba Masaba starring Masaba Gupta and Neena Gupta as themselves. How exciting!

Just when we thought we should start venturing out, we think we’ll sit back and relax and enjoy Netflix for a little longer!

Content brand Zindagi's return on ZEE5 has garnered mixed reactions. Here's what Twitterati has to say!