Nimra Bucha To Star In Pakistani-Canadian Movie Me, My Mom, And Sharmila
Appearing in a slew of international projects like Ms. Marvel, and the Zee web series Churails, actor Nimra Bucha is all set to appear in the upcoming Pakistani-Canadian film Me, My mom, And Sharmila.  A stage play  Me, My Mom and Sharmila were written by Fawzia Mirza will be adopted for the film and will also be the writer’s directorial debut. The movie will feature Amrit Kaur, Nimra Bucha, and Hamza Haq in the main roles.
Me, My Mom, And Sharmila
Set in 1999, the film follows Azra (Kaur) over 48 hours as she travels from her home in Canada to her parent’s homeland of Pakistan to bury her father (Haq). Azra struggles to connect with her conservative mother Mariam (Bucha), but her return to Pakistan launches her into memories both real and imagined that reveal their unexpected similarities. 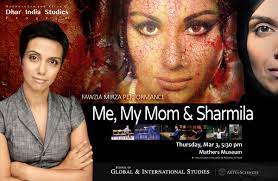 As per a report in Theatre in Chicago, Me, My Mom & Sharmila is told with humor and deep insight, this journey of self-discovery follows Mirza from her childhood as a Pakistani Muslim in small-town Canada to her adulthood as an actress in the heart of Chicago. Through it all, the two women’s shared love for glamorous Bollywood film star Sharmila Tagore serves as a symbol of the familial love that ties them together forever.
Me, My Mom and Sharmila is produced by Jason Levangie and Marc Tetreault for Shut Up & Colour Pictures and Andria Wilson Mirza for Baby Daal Productions.
Director Fawzia Mirza About Me, My Mom And Sharmila Director Fawzia Mirza posted on her Insta handle and said
My feature directorial debut starring @amritkaur @hmzlhq & @nimrabucha in this feature inspired by my one-person play of the same name ME MY MOM & SHARMILA. I cannot begin to tell you how thrilled I am for this cast and how proud I am of my incredible producing team without whom I would not be here — @andriarainewilson @marcakamark @shutupcolour @babydaalproductions & EP’d by Damon D’Oliveira. Thank you to @telefilm_canada @cravecanada @cbc @cmf.fmc — and thank you to @tiff_net Writers Studio — and all the other writers in the program — where I made the decision to direct this feature. It takes a village and there are so many people without whom we couldn’t have gotten here. Stay tuned y’all.
Nimra Bucha Is An Actor Par Excellence 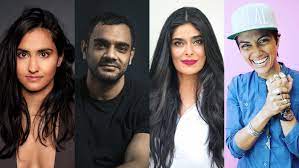 After doing a couple of dramas on the television screen like Daam, Mera Yaqeen, etc, Nimra Bucha became a known face recognized for her strong performances. She went on to appear in several movies Manto, Azad (2016) Ho Man Jahan, and the recent film Kamli. She also earned a nomination for the Lux Style Awards for her role as Saadat Hasan’s muse in the movie Manto.