UAE women have been making waves with many firsts of late. From Nora Al Matrooshi being the first female astronaut to have risen from the Arab World to Huda Al Matroushi grabbing headlines as the first female mechanic to come out of Sharjah, these ladies are stealing the show in their respective fields. Thirty-six-year-old Al Matroushi owns and runs a car garage in the emirate, which she opened in 2020, owing to her passion for fixing cars since her childhood days. As Sharjah’s first female Emirati car repair shop owner now, she recalled how she was scolded and grounded at the age of nine for leaving the main door after midnight and repairing toy cars in her family’s backyard, reported The National UAE. 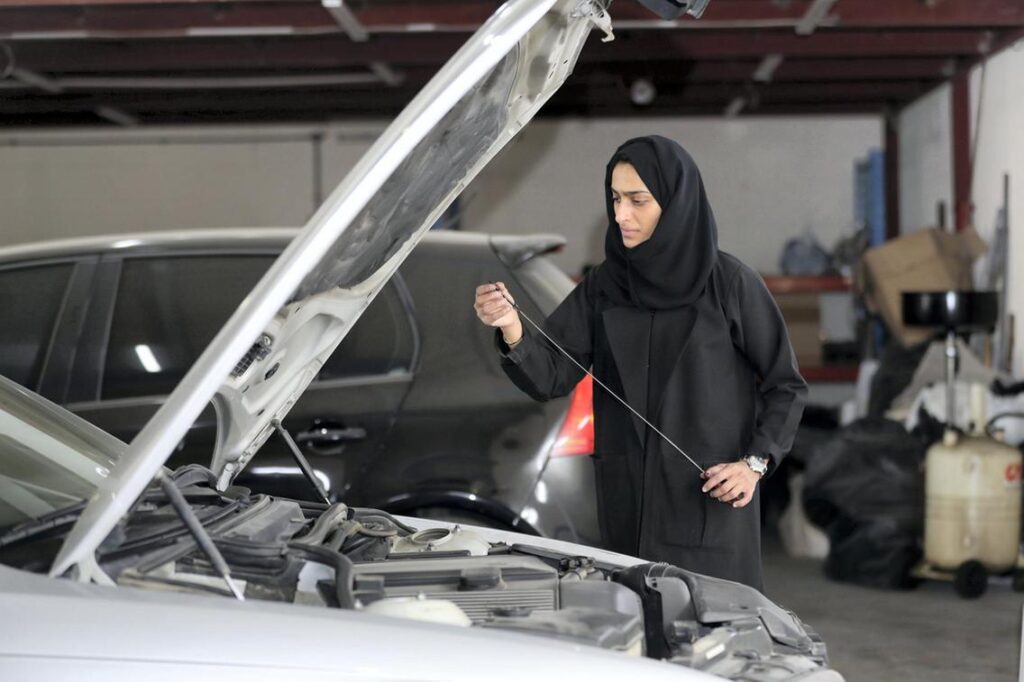 “It wasn’t just cars. It was everything. I wanted to know why a toy would stop working and I would try to fix it,” Al Matroushi said. “I would put a working toy next to one that wasn’t working and try to figure out why.” In 2017, she became a licensed broker fixing cars. Three years later, she opened her own garage, named Imex Car Service. Speaking about the same, Al Matroushi added, “Women can do whatever they want to do today. It isn’t just about opening a hairdresser or a sweet shop – women can be in any field they want, and I would like to see more women in the auto industry.”

Al Matroushi stated how she is honest to her customers. “I have my faults like anyone else but I am known to be honest, and that I would never cheat a customer. There is also nothing that can’t be fixed,” noted Al Matroushi. She, however, does not claim to be an expert. “Call me a mechanic in training. I am always learning, and I learned both by research and trial and error. I watch and I learn and I make mistakes like everyone, and I am not ashamed of it.” She thanked her family for being her support system. “I paid for the shop myself and got emotional support from my family which was important. Business was going well until Covid hit, and now it is slowly coming back. I get a few cars per month, and while I do hope to profit one day, I know that it could take many years. What matters is that I am happy with what I am doing and I am committed to what I do,” Al Matroushi concluded.

UAE Cabinet Approves National Autism Policy: Here's What It Aims To Do