Pakistan: Abida Parveen, Humayun Saeed Among Many Others Conferred With Civil Awards

On the occasion of Pakistan Day on March 23, the country’s President Dr Arif Alvi conferred civil awards on 88 Pakistani and foreign nationals, in acknowledgement of their services in different fields, ranging from medicine and education to fine arts and social services. Some of the recipients were also honoured for their bravery in the war against terrorism as well as during the Covid-19 pandemic. Held at Aiwan-i-Sadr, the ceremony witnessed several showbiz personalities also receiving accolades for their positive contributions over the years. The awards included six Nishan-i-Imtiaz, three Hilal-i-Imtiaz, 24 Sitara-i-Shuja’at, eight Sitara-i-Imtiaz, 14 President’s Award for Pride of Performance, one Sitara-i-Quaid-i-Azam, one Sitara-i-Khidmat, one Tamgha-i-Pakistan, 22 Tamgha-i-Shuja’at and eight Tamgha-i-Imtiaz, reported Radio Pakistan. 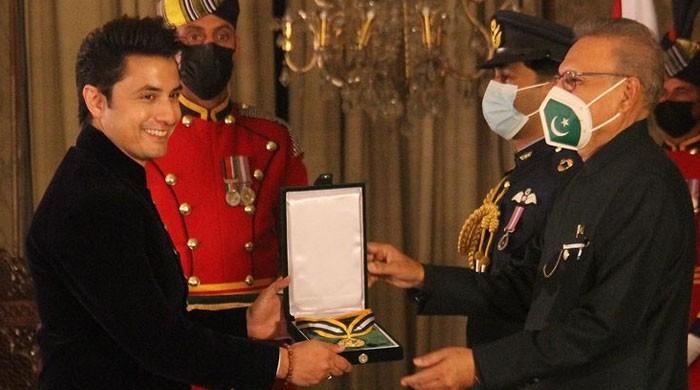 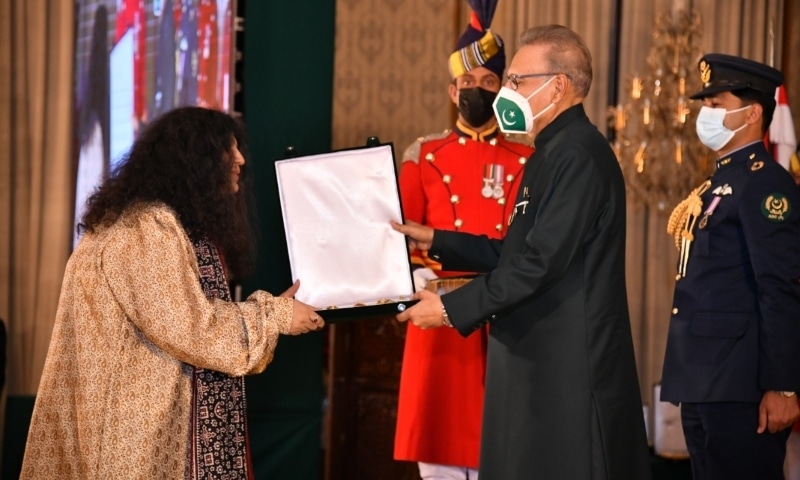