There is no dearth of a talented pool of artists in Pakistan’s entertainment circuit. From filmmakers to actors and musicians, a plethora of names pop up in our minds when we think of all those who have made waves on the local as well as international front and made our country and its people proud. Almost everyone is aware of the achievements and milestones surrounding conventional stars like Mahira Khan, Saba Qamar, Adnan Siddiqui and Fawad Khan, and directors such as Jami, Nabeel Qureshi and Shoaib Mansoor. In this article, we explore the less typical, more worthy-of-appreciation artists who have produced stellar work over the years and made Pakistan shine bright on the world map. Give it a read! 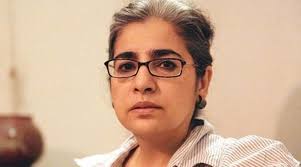 Widely known for her independent documentary films, Sabiha’s work centers on grave issues revolving around the themes of gender, religion, patriarchy and fundamentalism in Pakistan. The filmmaker and producer has gained several nominations and bagged multiple accolades at international festivals in the past. Her works include Who Will Cast the First Stone, which won the Golden Gate Award at the San Francisco Film Festival, Don’t Ask Why, For a Place Under the Heavens, On the roofs of Delhi and Dinner with the President: A Nation’s Journey. Sabiha’s first feature film Khamosh Pani released in 2003 and received appreciation from her fans and critics alike. Not many know that she is also one of the only three Pakistani female documentary filmmakers to have screened their work internationally. Tall, dark and handsome; these three words perfectly describe this British-Pakistani actor. He has worked in almost every film industry of the world, from Hollywood to the UK to Bollywood and of course, Pakistan. He has also worked alongside renowned stars such as Shah Rukh Khan, Raveena Tandon, Guy Pearce and Angelina Jolie in the films Don 2, Stumped, Traitor and A Mighty Heart. The actor has starred in several Pakistani projects too including 3 Bahadur, Actor in Law, the TV serial Pakeezah as well as hosted the reality show Foodistan. There is no one who does not like the way Alyy acts and his work is unmatched! He rose to fame following the 2018 film Cake and it has only been uphill for Asim from thereon. While he has released short films including Anathema and Little Red Roses too, this British-Pakistani filmmaker seems like the next big thing … if he isn’t already! Not to forget, Cake, which was Asim’s first feature film, was also submitted as Pakistan’s official Oscar 2019 entry. He won Best Director at the London Asian Film Festival in 2018 for the same. Asim’s latest directorial venture, the web show Churails released yesterday and has already garnered ample praise following its exemplary trailer. It unravels the life of four independent and strong women who are on a mission to slam patriarchy. We know this is going to be a good one! 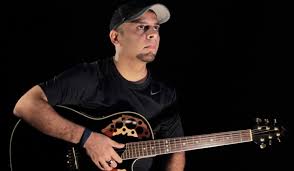 This talented music composer, producer and guitarist kicked off his career at a very early age. He composed his first song at the age of five and went on to work with many foreign musicians including ace drummer Simon Phillips. He is the founder of the band Mizmaar. He has also collaborated with Pakistani A-listers such as Strings, Najam Sheraz, Haroon, Junoon,Faakhir, Shuja Haider and many others. In May this year, Admani enlisted top musical talent from around the world to collaborate on a project with the message of hope and positivity in stressful Covid-19 times. He is surely a force to be reckoned with!

The driving force behind Pinky Memsaab, Shazia is a Pakistani filmmaker based in Dubai. The 2018 film, which explored an unconventional friendship between two women from contrastingly different worlds, was widely appreciated in Pakistan and the UAE. It also won the Best Picture (Audience Choice) award at the 21st UK Asian Film Festival. The talented director is currently working on her second project. Way to go! Having started off his journey as a theatre actor, Saleem gained recognition following his stint in the TV series Colony 52. Following this, he has appeared in Ishq Ki Inteha (2009), Kash Main Teri Beti Na Hoti (2011), Ullu Baraye Farokht Nahi (2013), Kise Apna Kahein (2014) and Kitni Girhain Baaki Hain (2014). Saleem made his Lollywood debut in 2007 horror film Zibahkhana. He has also starred in 2008 drama film Ramchand Pakistani and 2013 mystery thriller film Josh: Independence Through Unity. Saleem has made a cameo appearance in 2014 comedy film Na Maloom Afraad and in its sequel too. His acting prowess knows no bounds! There is no one who does not know Strings and while the band members have received a fair share of recognition for their work, we cannot overlook the time they were picked by Hollywood for a very special project back in 2004. The music troupe was approached by Columbia Pictures and roped in to compose the title song for the film Spider-Man 2. The song titled Na Jaane Kyun still remains a fan favourite today! Bandmates Faisal Kapadia and Bilal Maqsood were also approached by an Indian director to compose the song titled Zinda for the 2006 film by the same name. 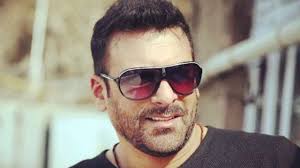 Not one to star in mainstream roles, this Pakistani actor, director and screenwriter is one of the best on-screen villain’s in the industry. From his offbeat feature film Durj which was based on cannibals to an upcoming web series surrounding the Lyari Gang Wars, Shamoon takes up projects which are different yet suit his persona. Daring and bold in his decisions, he will now be seen in Akela, which also appears to be a thriller. His acting and dialogue delivery are above par! The ace singer enjoys a fan following in millions. While he has performed at concerts around the world and is a household name in Pakistan’s music industry, the Channo singer garnered global acclaim back in 2006 when one of his songs featured in the movie Wall Street 2: Money Never Sleeps. The film was a sequel to the 1987 classic Wall Street. Ali’s song Dekha from his album Masty was liked by director Olive Stone for the 2010 blockbuster. Round of applause! Iram is a Pakistani-American filmmaker and entrepreneur. In 2012, her first feature film Josh: Independence Through Unity made its way to the Mumbai Film Festival. Raised in Pakistan, Iram went to the United States for college. Following graduation, she was awarded a unique opportunity with the Thomas J Watson Fellowship, a travel fellowship grant that took her around the world.

Fun fact: She was the inspiration behind Kareena Kapoor Khan’s character name, Iram Parveen Bilal, in the movie Agent Vinod! He is a Pakistani guitarist, composer and music producer, and has recorded with artists including Ali Haider, Najam Shiraz, Zeb and Haniya, Hadiqa Kiyani, and Strings. In 2003, Shallum and Imran Momina founded their band Fuzon, which has a massive fan following worldwide. He has been awarded the Best Guitarist of Pakistan as well as trophies for the Best South Asian Band and Best Composer for Khamaj. 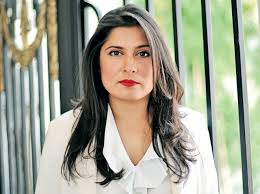 Saving the best for last! This filmmaker and activist is best known for her work in films that highlight important issues that plague Pakistani society. She is the recipient of two Academy Awards, seven Emmy Awards and a Knight International Journalism Award. In 2012, the Government of Pakistan honoured her with the Hilal-i-Imtiaz, the second highest civilian honour of the country and Time magazine named her one of the 100 most influential people in the world. She is the only female film director to have won two academy awards by the age of 37. WOW!