Pakistani Celebrities Who Ended Their Marriages In 2022

From Sajal Aly and Ahad Raza Mir to Imran Ashraf, here are some celebrities who called off their relationship in 2022.

When it comes to the personal life of some celebrities, things have been rough at their end in 2022. Not all fairy tales are meant to last forever which stood true this year for some of our stars. Some called off their engagements, some reunited and others went their separate ways via divorce.  Let’s talk about some of these celebrities who sunk their relationship this year. 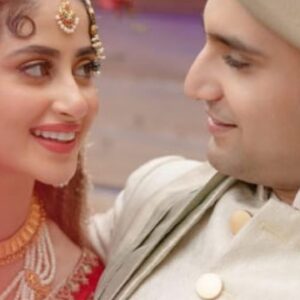 Sajal Aly and Ahad Raza Mir called it quits after 2 years of marriage. This is one celebrity marriage that we still couldn’t get over. The Yakeen Ka Safar couple got married in 2020 in a destination wedding in Abu Dhabi. Rumors started making rounds when Ahad Raza Mir could not be seen in Saboor Aly’s wedding which later were confirmed by Amna Haider Isani of Something Haute that the couple is legally divorced. However, the ex-celebrity couple never confirmed their separation and kept everything quite private unlike other celebrities.

On the work front, Sajal Aly will be seen in Hollywood flick What’s Love Got To Do With It? while Ahad Raza Mir was last seen in Netflix’s Resident Evil. 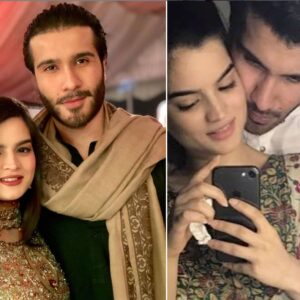 After a whirlwind romance with Sajal Aly, Feroze Khan called it quits and went on to marry Aliza Sultan Khan. But that too ended on a bitter note. After four years of marital bliss, actor Feroze Khan and wife Aliza Sultan Khan have separated. Aliza Sultan cited violence and infidelity as the reasons for divorce and called her marriage an utter chaos. Feroze Khan vehemently denies the accusation and calls it nothing but fraudulent. The ex-couple share two children and the legal battle for their children’s custody and paying them monthly maintenance is still under way. 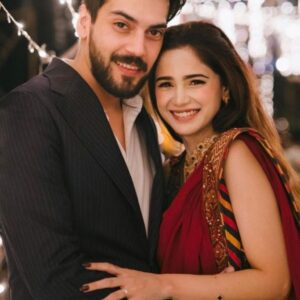 After a whirlwind of romance leading to a beautiful engagement, Aima Baig and Shahbaz Shigri eventually called it quits. Upon asking if she and Shahbaz have called off the engagement, the Baazi singer shared on her social media handle “Yes, I will always respect this person for giving me a good time,” Baig shared in a statement on social media. “Sometimes, sh*t happens for a reason. And to answer all your questions, yes, we have parted ways. But we are both doing good and fine, so don’t worry.”

Shahbaz Shigri was earlier married to American-Pakistani actor Aisha Linea Akhtar for 10 years but got divorced in 2018 and started dating Aima BAig in 2019. 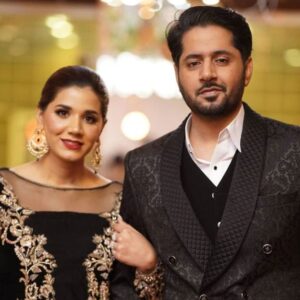 Imran Ashraf and Kiran Ashfaq separated after four years of marital bliss. The rumors of separation started going round when Kiran Ashfaq shared some cryptic messages on her social media handle and within a few days the couple announced ““With a heavy heart, we announce that we have mutually and respectfully decided to part ways. The primary concern for both of us will remain our son, Roham for whom we will continue to be the best possible parents,” their Instagram post read.” Sana Fakhar recently separated from her husband Fakhar Jafferi after 12 years. actress Sana Fakhar has officially announced her divorce with husband Fakhar Jaffri. Taking it to her Instagram account, she officially announced the news. Sana wrote: “Breakups hurt. But sometimes breaking a relationship is so mandatory to save yourself from breaking so much. With all the respect me and Fakhar after several years of marriage through high and lows decided to take a separate path.”

“It’s heartbreaking but… I strongly believe that God has better plans for both of us. All the best, Fakhar Jaffri, concluded Sana.”

Pakistani Films That Were Showcased In 2022