Parde Mein Rahne Do: A Social Drama With A Powerful Message
The Hania Aamir and Ali Rahman starrer movie did fairly well at the box office. 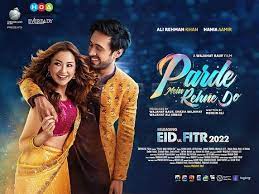 Thankfully this Eid-ul-Fitr was pure joy as many as 5 movies were supposed to release and give the audience some entertainment respite after the deadly pandemic. One of the much-awaited movies was Haania Aamir and Ali Rahman’s starrer Parde Main Rahne Do which was released on Eid-Ul-Fitr and it’s safe to say that it performed decently well at the box office. If you look at the box office collection, Parde Main Rahne Do played a major role in attracting audiences to the cinema and the total collection totaled 2.95 crores over the period of 10 days.
Starring Hania Aamir, and Ali Rahman in the lead role, Parde Main Rahne Do is written by Mohsin Ali and directed by Wajahat Rauf. The feature is produced by Wajahat Rauf and Wajahat Ali Abbasi with Shazia Wajahat as the executive producer. We have often seen that movies that are released on the day of Eid often are mostly masala romcoms with no-brainer subject lines but with Parde Main Rahne Do, Wajahat Rauf has pushed the boundaries and introduced a socially taboo subject into the mainstream cinema.  Wajahat Rauf’s cinematic venture Parde Mein Rahne Do is a light-hearted RomCom that carries a social message around male infertility (impotence) and how couples have to face the brunt of society. Parde Main Rahne Do is about the journey of Kashan and Nazish who are unable to conceive even after 3 years of marriage. Since the marriage is initially done in secrecy, the parents of Kashaan continue to show their displeasure, and not giving them “good news” adds fuel to the fire. Eventually, both Kashaan and Nazish get themselves medically examined and find out that Shaani is unable to bear his own offspring because he is impotent. The movie though ends with the couple leaving the gates of an Edhi orphanage with their arms full and hearts happy. 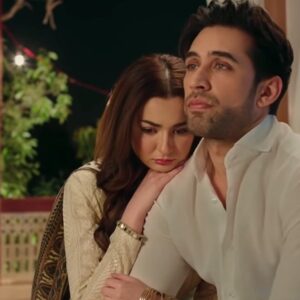 It is said that it takes a village which holds absolutely true for Parde Main Rahne Do as every character right starting from Jawed Shaikh to Saifee Hassan, Munazza Harif, Hassan Raza, Sadia Faisal, Noor ul Hassan Muhammad, and Sonia Nazir did complete justice to their respective roles. The way ALi Rahman showed his helplessness and Javaid Sheikh’s stubbornness is the highlight of the whole movie.  Authentic and delightful are the perfect words to define this amazing supporting cast.
Composed and created by the maestro Wajahat Rauf’s son Aashir Wajahat, the songs of Parde Main Rahne Do have been the best out of all the Eid releases. Aashir Wajahat has all the potential of being a brilliant composer and he is already showing his potential. Songs like Peela Rung can easily be the song of the wedding season. When it comes to production quality, the production design, the sets along with the way it’s all been shot prove that a strong cinematographic skill is behind the camera. The film feels like a complete package, where every situation in front of the camera has been well-constructed.
With a few hiccups and glitches here and there, the audiences have loved Parde Main Rahne Do. nonetheless it feels great to see that our filmmakers have ventured into subjects that push the boundaries of the Pakistani film industry.

Celebrities And Their Irksome Controversial Statements

“Fraud” Promises to be a Worthwhile Watch After Episode 1