Famed singer and fashion and beauty entrepreneur Rihanna was spotted by the paparazzi who captured pictures of the star with a number of bruises and swelling on her face this weekend, according to entertainment portal TMZ. The outlet leaked pictures of the Disturbia singer which have since been circulating across social media. Reports suggest that she was spotted outside her favourite restaurant, Giorgio Baldi in Santa Monica but did not step out of her vehicle.

If reports are to be believed, she had the staff bring her food and drinks out to her and pictures were taken only when she removed her sunglasses and a prominent black eye was revealed. Fans have been left in shock since the pictures surfaced across social media and took them back to the time when she was physically abused by her then boyfriend, Chris Brown, back in 2009. It has been confirmed that this was not the case this time. 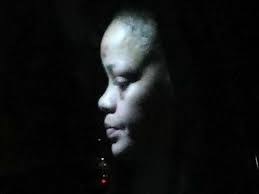 Due to an unfortunate incident with an e-scooter, Riri met with an accident which led to the scooter flipping over and hitting her in the face and forehead, leaving her with a black eye and a swollen face. Luckily, there were no serious injuries and it has been reported that she is doing completely okay now. “Rihanna is completely fine now but flipped over on an electric scooter last week. Luckily there were no major injuries and she is healing quickly,” a spokesperson told People.

On the work front, fans have been desperately waiting for the Unfaithful singer to release new music and have been waiting patiently. Her ninth studio album has been in the works for the past four years while she diverted her attention to her fashion and beauty empire. She has confirmed that her next album, R9 is in the works and she will release it when she is ready to do so.