A death in the family kills a lot of hopes and expectations built around the life of the person who is no more… or less. Raat Akeli Hai, a skillfully scripted whodunit that is much more than just a murder mystery, opens with two deaths, both connected to the same family. The patriarchal nightmare of the Singh parivar, a feudal kingdom where kinks and whims rule, where the men decide the quality of the air women should breathe, is brought to life in flickering colours of dark, furtive and suppressed emotions. Straightaway we must applaud Pankaj Kumar’s cinematography. A lot of the intended incandescence of seething hearts is lost on the OTT platform. But what remains is still remarkable. First-time director Honey Trehan creates a dark, sinister and self-contained universe of painful gender discrimination shaken up by the murder of the patriarch (Thakur) on his wedding night… his second wedding night. Thakur’s bride is a free-spirited libertine or at least that’s how she comes across to be. She has been sleeping with both, the aged man of the house and his robust nephew Vikram. 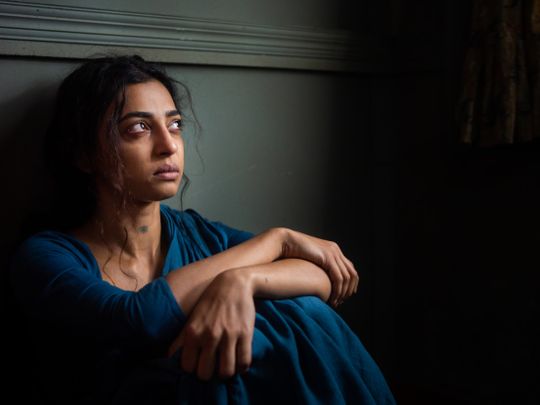 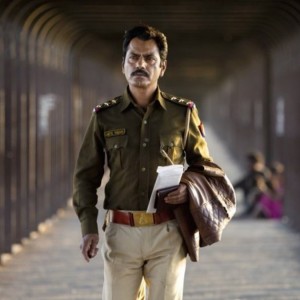 Enter Inspector Jatil Yadav (played by Nawazuddin Siddiqui), a hard nut to crack and known to crack-open difficult cases, Jatil (with an ‘l’) is a Mama’s Boy attached at his mother Ila Arun’s apron strings. It doesn’t take him long to get attracted to Radha, the promiscuous and newly-widowed second wife of the recently-slayed Thakur. It’s to writer Smita Singh’s credit that she builds a remote humour around Jatil’s struggle to change his marital status. That he falls head over heels in love with Radha (played by Radhika Apte) is a providential for the plot. Not only does the growing relationship between the quirky cop and the wanton widow take the narrative to the level of a Greek tragedy but it also propels the whodunit into a kind of romantic somersault where love and murder mingle into a stirring, often provocative film.

In a film as complex and compelling as Raat Akeli Hai, the casting is supreme. Casting director-turned-filmmaker Trehan gives the murder mystery the actors it deserves. Nawazuddin and Radhika gather their considerable nervous energy into performances that constantly suggest there’s more to the proceedings than meets the eye. Raat Akeli Hai is impressively reined-in about its rage for a society that allows men to treat women as objects of lust. Every major character, man or woman is angry. But none is given the luxury of unchecked expression. The deep sorrow that encircles us while watching Raat Akeli Hai is all well worth experiencing. It is what makes life bearable.

Momal Sheikh, Sonya Hussyn stun in shades of blue and green this Eid