Re-Recorded Version Of National Anthem To Be Released On The 14th Of August
The Re-Recorded version shows inclusivity in voices and expressions from around 150 artists.

Lo and behold! a rendition of our beloved national anthem is to be released on the 14th of August. The re-recorded version has been announced by the “Steering Committee for Re-Recording of the National Anthem of Pakistan’ according to whom the re-recorded version reflects inclusivity in voices and expression while ensuring the sanctity of the original words and the musical composition. The Steering Committee was formed in the year 2021
The National Anthem: From The Past 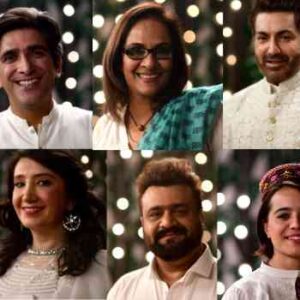 The original beautiful musical score was composed by Ahmed G.Chagla in 1949 which was formally approved by Prime Minister Liaquat Ali Khan soon after. The beautiful inspiring words were formally written by the eminent poet Abu Al-Asar Hafeez Jalandhari in 1953-1954 and approved by officially recorded in 1954. This first version featured a limited number of voices and was recorded with the facilities available at that time. In the following 68 years, many developments have taken place not only in music technology but also in the voices that have become more diverse.
What’s New In The Rerecorded Version: 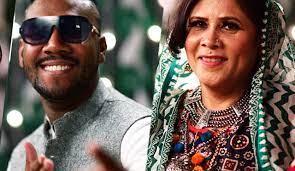 The press release issued by the Steering Committee for Re-Recording of the National Anthem of Pakistan said “In planning to produce new vocal and instrumental versions of the unchanged original words and composition, the Steering Committee applied an all-inclusive, gender-balanced approach and to enlist vocalists from diverse regional, cultural and ethnic backgrounds, from all religious faiths and musical genres. 48 musicians from the army, air force, and navy bands skillfully played the musical instruments,” the statement said.
The Chairman of the Steering Committee of the Re-Recording of the National Anthem of Pakistan is Senator (r) Javed Jabbar. The 16 members comprise 10 persons who served on a voluntary basis and 5 senior civil officials and one senior military official. The Secretary of the Information Ministry is also a member. The audio sub-committee includes Arshad Mahmud, Brigadier Imran Naqvi (ISPR), Rohail Hyatt, Talha Ali Khushwaha, Ustad Nafees Ahmed, Layaqzada Layaq, and Dr. Zulfiqar Qureishi. The video sub-committees convener is Satish Anand.
Singers Involved In The Re-recording Of National Anthem:

The Much-Anticipated Trailer Of Legend Of Maula Jatt Starring Fawad Khan, Mahira Khan And Hamza Ali Abbasi Is Out