Saba Qamar, Nauman Ijaz’s Mrs And Mr Shameem Or Mahira Khan’s Production Baarwan Khiladi?
Which Pakistani web series are you planning to watch?
OTT platform has opened new avenues for the entertainment industry to showcase their movies, web series as well as television series on a variety of mediums. We have thoroughly enjoyed movies like Churails, Qatil Hassenaon Ke Naam among others and we must say these were zara hut kai from all the masala movies we have been watching. Recently, the OTT platform is introducing two web series whose trailers have already been launched. We are talking about Saba Qamar and Nauman Ijaz’s starrer Mrs. and Mr. Shameem and Mahira Khan’s production Baarwan Khiladi.
Mrs And Mr Shameem Treads Upon Endearing And An Unconventional Love Story 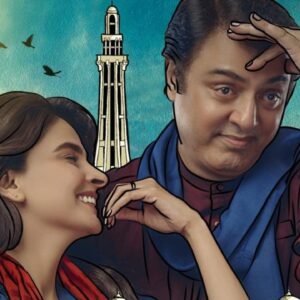 Saba Qamar and Nauman Ijaz’s starrer Mrs. And Mr. Shameem are all set to hit Zee5 Global real soon. The trailer is already out and giving all types of feels to its eagerly waiting audience. Mrs. & Mr. Shameem is directed by Kashif Nisar, who is known for dramas Dumpukht Aatish E Ishq, and O Rangreza. It has been produced by Nisar and Misbah Shafique while the script has been penned by contemporary writer Sajjad Gul.
The Zee5 Global show is a 20-episode series that is showcasing a never-treaded storyline about the trans folk community and how they are looked down upon in society. Nauman Ijaz as Shameem is playing an effeminate role for the very first time and we must say, he has played the role immaculately. Saba Qamar who is known to take up a strong and edgy role has yet again proved her acting mettle and looks absolutely ravishing as Umaima.  The story revolves around Umaima(Saba Qamar) who is shown to be a fearless, fierce, and reckless girl who lives life on her own terms. She is close friends with Shameem (Nauman Ijaz) who is sweet-natured and looked as effeminate as per the societal norms. It’s the unique love story between rebel and gentle, wild and calm, who find love in the most uncertain circumstances.
Mahira Khan’s First Production; Baarwan Khiladi 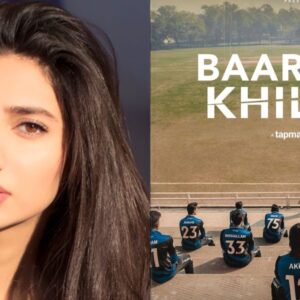 After gracing our screens with her beautiful presence, Mahira Khan is all set to release her first production “Baarwan Khiladi” under the banner Soul Fry with Nina Kashif.  Baarwan Kiladi is directed by Adnan Sarwar, who has also directed movies like Motorcycle Girl and Shah. The movie is not just Raees actress’s first production venture, almost 5 new boys will be making their acting debut in the upcoming web series.
The trailer of Baarwan Khiladi is all about cricket, the passion for it, the friendships made and enemies forge in the pursuit of the game. The story revolves around Akbar (Daniyal Zafar) who dream to play national-level cricket all his life. Finally, his dreams come true when he is selected in the Lahore cricket League. Starring Danyal Zafar, Shahveer Jafry, Kinza Hashmi, Khaqan Shahnawaz, Zarrar Khan, Meer Yousuf, Kinza Hashmi, Sarmad Khoosat, Mira Sethi, and many more.
The Raees actress shared, “A coming of age story set against the backdrop of the OG of all games – Cricket. A story about friendships, relationships, unity, failure, success, love, and courage. A small peak into a labor of love and hard work.. from all of us to all of you. Baarwaan Khiladi”
Mahira Khan has taken the bold step of releasing the Pakistani Web series on Tapmad, our very own local OTT platform.

Dil E Momin, The Message It’s Sending Across And Why It’s Dangerous