Sajal Aly Reveals Her First Look From First International Film “What’s Love Got To Do With It?”
The actress shared her first look prior to its screening at the Toronto Film festival. 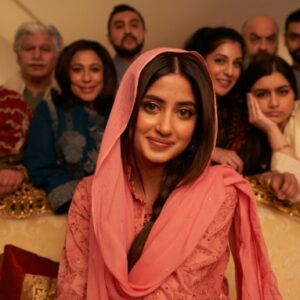 Finally, we get to see a glimpse of actor Sajal Aly from her first Hollywood project “What’s Love Got To Do With It?”. The Sinf-E-Ahan actor shared the first look at the movie via an Instagram post and announced that the feature film is set to premiere at Toronto Film Festival happening on the 10th of September. Her first look shows her donning a Pink shalwar suit with a dupatta on her head and a piercing look in the camera with a serene and calm smile.
Sajal Aly Shares Her first look From Cross-Cultural Rom-Com “What’s Love Got To With It?” 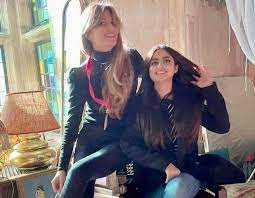 After making her strong presence felt in Pakistani drama serials and later a Bollywood movie” Mom” alongside veteran actor Sri Devi, seems like Sajal Aly is unstoppable. Last year the actor Sajal Aly was quite a in news for signing an international project “What’s Love Got To With It?” in Jamima Goldsmith’s company Instinct Production.  It was Pakistani heartthrob’s first international project which also included leading Hollywood stars like Lilly James, Ema Thomson, Shabana Azmi, and Shahzad Latif.
The feature film is all set to release on January 27th, 2023. The movie is under the directorial cap of Shekhar Kapoor who will appear after his 2007 Oscar-winning Elizbeth: The Golden Age.
“What’s Love Got To Do?” With It Is A Rom-Com Feature on Cross-Cultural Marriages And Couples 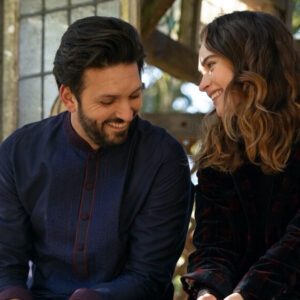 According to a report in Variety, What’s Love Got to Do With It? Revolves around a documentary-maker and dating app addict Zoe (Lily James), for whom swiping right has only delivered an endless stream of Mr. Wrongs, to her eccentric mother Cath’s (Emma Thompson) dismay.
For Zoe’s childhood friend and neighbor Kaz (Shazad Latif), the answer is to follow his parents’ example and opt for an arranged marriage to a bright and beautiful bride from Pakistan. As Zoe films Kaz’s journey from London to Lahore to marry a stranger, chosen by his parents, she begins to wonder if she might have something to learn from a profoundly different approach to finding love.
Sajal Aly Plays A Pivotal Role Of “Maymouna” 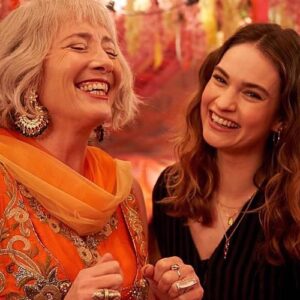 According to Khel Khel Mein actor “I love to play characters that have depth and define the narrative of a project and I think I am very fortunate that my character Maymouna in my international English-language debut ‘What’s Love Got to Do With It?’ has also given me the same opportunity,” Aly told the publication.
The movie is all set in Lahore and London and it is reported in Daily Mail that the feature film is inspired by Jamima’s marriage to Premier Imran Khan. We have shared some pictures from the movie.

Aitebaar Episode 27: A Quality Show Headed Down The Dragged-Out Path