Sajal Aly To Play Lead Role In A Series Based On Fatima Jinnah
Samiya Mumtaz and Sundas Farhan are also on board to play three different stages during her lifetime.
Sajal Aly is definitely going big and how. She is a star; she is an icon and she is proud of our entertainment industry. From romantic to unconventional roles, from desi avatars in period dramas to contemporary roles and looks, Sajal Aly has done it all and nailed it in diverse characters. Recently she was all over the news as her first look from the Hollywood movie “What’s Love Got To With It” was revealed and she looked every bit angelic. The kind of character Sajal plays in the movie is still under wraps. But we have a bit of news for all Sajal Aly’s fans.
Sajal Aly Will Be Playing Fatima Jinnah In Upcoming Web series Fatima Jinnah: Sister | Revolutionist | Statesman 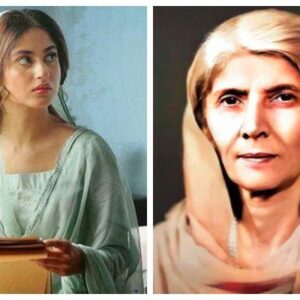 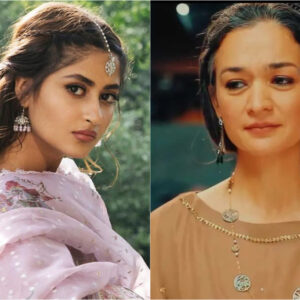 You will be surprised to know that actor Dananeer Mobeen is all set to play a very important role in the web series. Dananeer will be a role of a journalist who belongs from Bombay. The web series, currently of three seasons with 15 episodes each, will air on aur-digital – a new digital medium.
Other Details
The series is produced under the banner of Aur Studios and regarding the release date, the Prologue will be released in August 14th  On why he chose to do a web series on the independence struggle, the filmmaker responded “My sole focus while I was in college in the US, was to tell stories about Pakistan. How those stories can actually make an impact,”.
All in all, we can’t wait to watch the web series on Mother Of The Nation which played such a pivotal role in the making of Pakistan.

Badzaat: Imran Ashraf and Urwa Hocane’s Chemistry Cannot Save This Finale – Or Show

Happy Birthday Hasan Raheem: Some Fun Facts You Should Know About The Singer