The Life Ahead: Sophia Loren Returns Incandescent At 86

Some experiences are forever. For those of us who grew up worshipping the ground on which the screen goddess Sophia Loren waltzed, her return after a hiatus of almost ten years, is an event akin to the Second Coming. Wrinkled yet luminous, the luscious Ms Loren lights up every frame in an unabashed tearjerker about a feisty aging socialite with a murky past, who shelters migrant street children in Italy. I don’t know why so much is being made of the fact that her son Edoardo has directed The Life Ahead. Nepotism notwithstanding Ms Loren would have been foolish to decline this role. Stately, arrogant, compassionate and generous, her character Madame Rosa stands heads and shoulders above situations created for sentimental value in the unabashedly soppy screenplay which tugs so hard at our heart-strings that we begin to feel the pressure of being manipulated into submission.

The relationship that grows between the two unlikely companions, an 80-plus Italian woman with demons haunting her from her past, and a wise 9-year old black Senegalese boy who takes over her life in unexpectedly empathetic ways, could have conveyed more heft than the shot of the two hands, white and black, coming together in a close-up claso. The narrative positions Good and Bad in a definitive and almost evangelical tone, leaving no room for the in-between. Speaking of which there is a wonderful transgender character Lola played by Abril Zamora who is close to both Madame Rosa and her new little friend Momo (short for Mohammed, though he prefers the religion-unspecific version of his name). 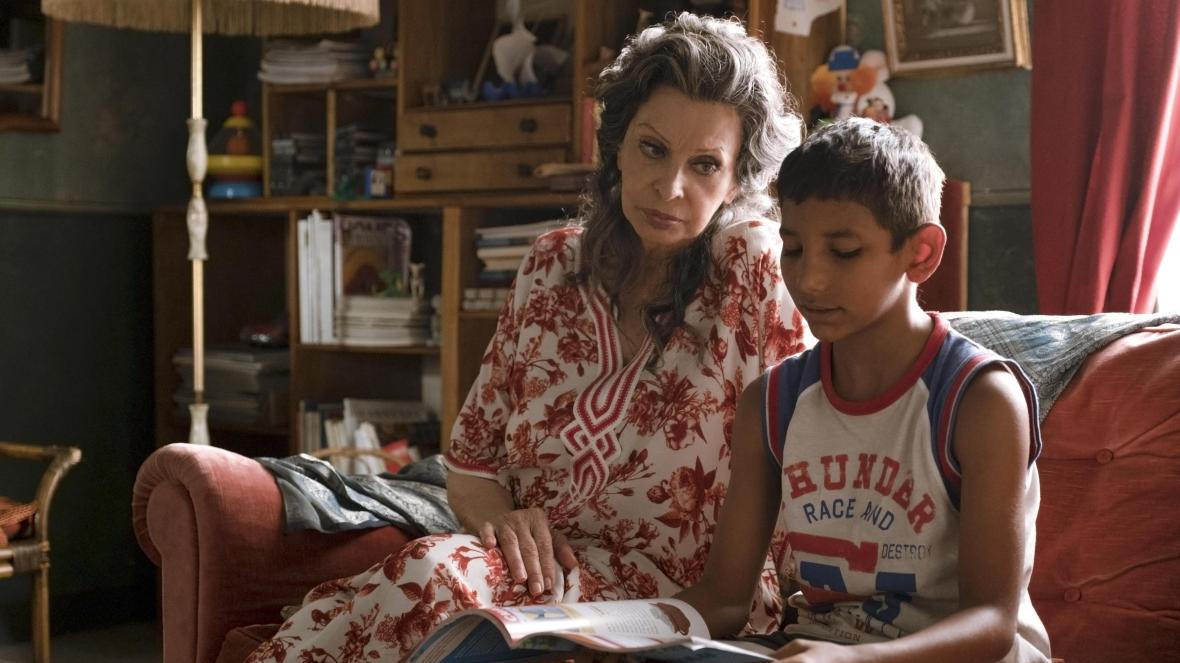 The bonding among these three misfits is tender and heartwarming. These are people who deserve only the best that life has to offer. This film could only have come from a place of great nobility and kindness. I am sure director Edoardo Ponti is a wonderful human being. His message of inclusiveness and compassion is not to be undermined at any cost.

Ponti underscores the humane element with bouts of anger, humour, beauty and bewilderment. Regrettably there isn’t enough space in the narrative for these qualities to grow. Cursory hugs, furtive tears and fleeting empathy apart, the director seems in a hurry to wrap up the show. Epic in spirit, the execution leaves the plot and the two main characters breathless in the rush to the finish. The Life Ahead should have been at least half an hour longer. In fact, it should have been a miniseries, so we could have gotten more time with the amazing Ms Loren. Who knows when we will meet again! As for her little co-star, I get the feeling we will get to see a lot more of Ibrahima Gueye in times to come.