The Mirza Malik Show To Start Very Soon On UrduFlix
Sania Mirza And Shoaib Malik are coming together to host celebrities from Lollywood as well as Bollywood.
While trouble has brewed in Sania Mirza and Shoaib Malik’s paradise and the rumours of their divorce are getting stronger by the day, here is a great piece of news. Shoaib Malik and Sania Mirza are all set to appear in a talk show where they will host and interview celebrities from all walks of life. It will be the power couple’s debut on-screen show.  The Malik Mirza show is starting very soon on the OTT platform Urduflix. 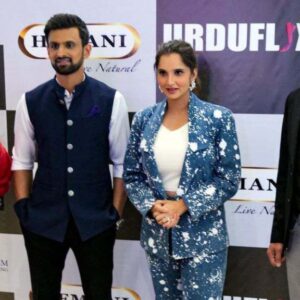 The cricketer and tennis player have announced on Instagram that they’re doing their “first ever project together on Urduflix” and asked fans if they had “any guesses” for what was coming. Within two or three days they held a press conference in Dubai with a Q&A section to cater to everyone’s curiosity. Explaining what they want their show to be like, Mirza said “a good family show should have a lot of laughter. Like Kapil Sharma’s show. Ours won’t be a comedy show but the humorous element is very important.” She highlighted the need for uplifting content saying “there are enough things in life that aren’t bringing us much joy.” 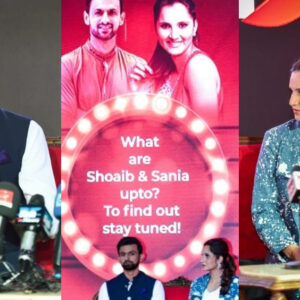 In the Malik Mirza show, the hosts will be real-life couples, and the guests invited from Bollywood and Lollywood will also be celebrity couples. With Farhan Gauher serving as the Executive Producer, the talk show is being produced by Laraib Theba. Shot in Dubai, the audience can expect the show to be fun and not a typical talk show considering it is supposed for uplifting purposes and for the promotion of positivity.
On the personal, the couple got married in 2010 and have a son named Izhan Mirza Malik. But the marriage is on the rocks and seems like divorce is on the cards. Though both parties have decided to announce divorce after the legal proceedings.

Siyani Episode 87: Despite Intense Dragging, Siyani Appears to Be Nearing Its End