The Much-Anticipated Trailer Of Legend Of Maula Jatt Starring Fawad Khan, Mahira Khan And Hamza Ali Abbasi Is Out
Maula Jatt is all set to release on October 13th, 2022!
After going through its fair share of trials and tribulations including copyright issues, financial constraints, and last but not the least COVID, the Legend Of Maula Jatt trailer is out after almost 10 years. The wait is finally over and the movie is set to release in cinemas on the 13th of October 2022. From the trailer one knows that it is filmmaking at its best. Taking an old concept and transforming it into something epic represents the art of storytelling and the talent of Bilal Lashari. He actually created a whole new world of Maula and Noori. 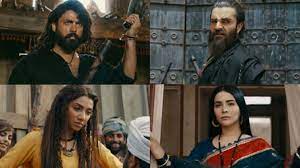 The magnum opus movie The Legend Of Maula Jatt is a reboot of Younas Malik’s 1979 classic Punjabi movie Maulah Jatt that has been directed by the ace director Bilal Lashari. The big-budgeted movie is a joint production of Lashari Films and Ammara Hikmat’s Encylomedia Productions. The distribution will be done by Nadeem Mandvivalla under Mandviwalla Entertainment. Just like Sultan Rahi and Mustafa Qureshi played tug of war between evil and justice, The Legend Of Maula Jatt has Fawad Khan playing the hero who seeks justice while Hamza Ali Abbasi is Noori Natt plays the arch nemesis. The rest of the cast includes Mahira Khan (Mukkhu Jatti), Humaima Malik as Daro, Faris Shafi as Moora, and Gohar Rasheed as Makha. 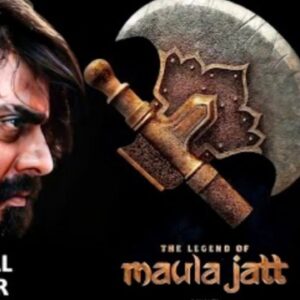 The trailer starts with a mother woefully exclaiming that she didn’t know with the conception of her son, she was bringing death to the entire village. What follows the epic battle between Maula Jatt and Noori Natt with lots of blood, gore, the game of thrones-style action sequences, bits of romance, and larger-than-life cinematography? We see Makha(Gohar Rasheed) telling his comrade how there can be only one lion in the pack and that is one and only Noori Natt.   The movie also witnesses Daro (Humaima Malik) cooking up a trap for the Maulah Jatt(Fawad Khan).  All in all The Legend Of Maula Jatt is much Bally-hooed creation by the brilliant director Bilal Lashari. Looking at the teaser, it seems like the movie is definitely going to have a breakthrough for Pakistani cinema not just nationally but globally as well.
Fawad Khan said: “It gives me immense pleasure and is an honor to play the role of the legendry Maula Jatt. It was an absolute joy working with the team. I wish us all the very best of luck to all and I hope the audience enjoys it as much as I enjoyed it during the making.” 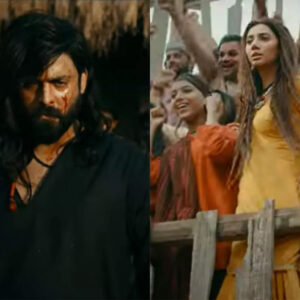 Mahira Khan said: “No matter what project I promote I’m asked about ‘The Legend Of Maula Jatt.’ This was a unique experience for me as an actor, learning to act in a language that I don’t know specifically was a challenge that I enjoyed. I believe that great things happen when hard work and patience are combined.”
Lashari said: “A ten-year journey of creating an impossible film will conclude this October in a cinema near you.”