The Much Awaited Trailer for Saba Qamar Starrer Kamli Is Out
Kamli is all set to release in cinemas near you on June 3rd, 2022.
2022 seems to be a great year for  Pakistani cinemagoers for all the right reasons! The film industry is slowly but surely reviving with lots of fantastic assortment of movies. Of all the amazing movies released this year, Sarmad Khoosat’s released the trailer of his movie Kamli and we are still grappling with how hauntingly captivating it is. Sarmad Khoosat is one director who is never shy to present out-of-the-box storylines, and bold characters and presents them in a very realistic manner. Be it movies like Manto, Zindagi Tamasha, or Motorcycle Girl, now it’s Kamli that has taken the audience by surprise by just its trailer. Kamli is coming to cinemas near you on June 3rd, 2022. Kamli is a movie about Love, a Lost and cloaked secret. The main star cast includes Saba Qamar, Sania Saeed, and Hamza Khawaja in the key roles while the rest of the cast includes Nimra Bucha, Omair Rana, and Adeel Afzal in the supporting cast. Although the movie storyline has not been revealed much the whole trailer is so theatrical and poetic that one is intrigued enough to go watch the movie. The plot is definitely set in Balochistan’s mountainous areas where the trailer shows a woman taking something out of the water and then a small grave is shown followed by a scene that includes a woman and the sight of the heavy plowing of an axe in bare dirt. 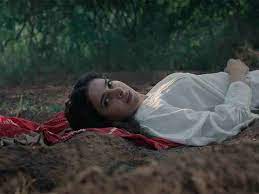 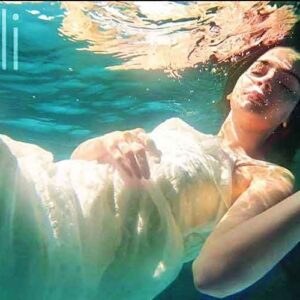 The trailer hits differently, it’s exciting and thrilling at the same time. There’s obviously more to the narrative than meets the eye at this first glance. Saba Qamar is shown to have a range of emotions from romancing along with actor Hamza Khawaja to feelings of anger, helplessness, and betrayal. P.S Saba Qamar actually learned to swim to shoot all those underwater shots. Sania Saeed has shown lots of powerful acting prowess. While Nimra Bucha and Omair Rana in villains’ avatars have been briefly shown in the trailer but it is yet to figure out if they are playing negative characters. Sharing about the film in an interview with Variety, Sarmad informed, “A tragic love story at heart, Kamli is going to be a fresh mix of a rustic setting captured in a contemporary, universal sensibility. Unlike other films of the genre, Kamli is not only going to depict the vibrancy and humour of rural Punjab but also its poetic lyricism and love-lore in an international film aesthetic.”

"Hum Tum” Gets Bogged Down By Lengthy Character Introductions, But Has Great Promise