The Top 6 Pakistani Dramas Worth Watching In August 2021

While there are many options to sift through at present, there are a handful of Pakistani dramas truly worth watching. While some fall into the bracket of meaningful storytelling, others fall into melodramatic fun, while others have an aura of mystery/horror. Let’s discuss which shows currently on air are worthy of your time. This is a Pakistani drama that transports the viewer back into the 2010-2015 years, a time when Umera Ahmed had taken over our television screens with her brilliant storytelling, a time when quality was king (or, rather, queen). While the story of “Hum Kahan Kay Sachay Thay” isn’t innovative – two women fighting over a man -, it’s the emphasis on the characters that has audiences applauding. Mehreen (Mahira Khan) lost her father at a young age and lost her mother to marriage, leaving her emotionally scarred. Mashal (Kubra Khan) has been compared to Mehreen her entire life, which has left a deep psychological imprint. And then there’s Aswad (Usman Mukhtar), a young man who finds himself trapped between his warring cousins, used as a pawn in a sinister game. It’s the way these characters have been fleshed out that makes the story so intriguing, along with the performances. Starring Mahira Khan, Kubra Khan, Usman Mukhtar, Haroon Shahid, Zainab Qayyum, Laila Wasti, Shamim Hilaly, Ali Tahir and others, the story has been written by Umera Ahmed and directed by Farooq Rind.

The feel of “Parizaad” is different from everything else on television. The story follows Parizaad, a young man who faces a lot of problems in life due to his appearance and the socially accepted standard of beauty. The show follows Parizaad through different phases of his life, starting a new arc with each character introduction. What is beautiful about the show is that while the show is centered around Parizaad, the other actors get their moment to shine as well. Starring Ahmed Ali Akbar, Ushna Shah, Adeel Afzal, Saboor Aly, Yumna Zaidi, Nauman Ijaz, Urwa Hocane and many others in lead roles, “Parizaad” has been written by Hashim Nadeem and directed by Shehzad Kashmiri. This is a beautiful show that plays out like a soft, melodious song – one which makes you want to sit back, close your eyes and enjoy the tune with full focus. 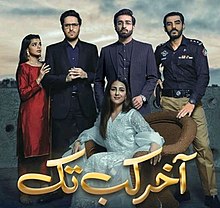 “Aakhir Kab Tak” could fall into the category of a show based on a social issue. However, unlike those shows, this drama doesn’t beat the audience over their head with the misery of reality. It’s a heavy topic, one that follows a victim of sexual assault and her journey out of her abusive environment. However, it also offers hope, focusing on two sisters, their struggles and their ultimate path to happiness. Of course, their love lives are also a part of the story, their love angles written into the plot in a believable and root-worthy way. “Aakhir Kab Tak” is definitely a show worth watching. Starring Ushna Shah, Adeel Hussain, Srha Asghar, Haroon Shahid, Shahood Alvi, Javeria Abbasi, Gul E Rana and other talented actors, “Aakhir Kab Tak” has been written by Radain Shah and directed by Syed Ali Raza Usama. 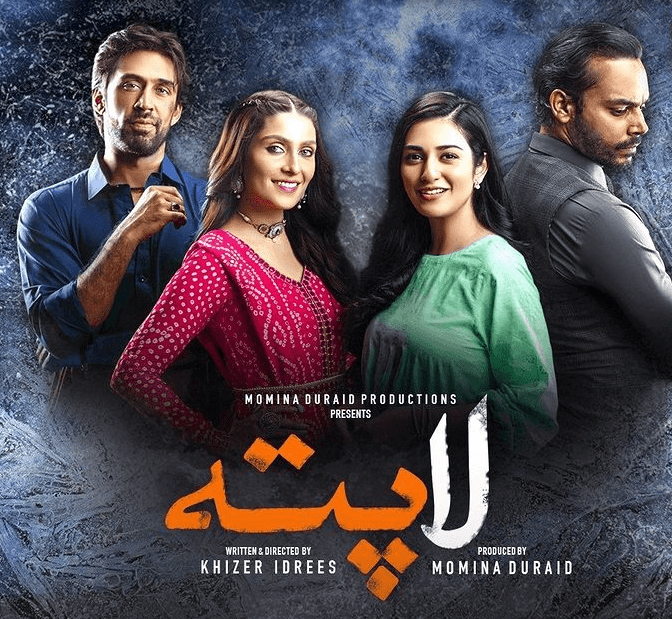 When “Laapata” initially began, the pace felt sluggish and while it was high in production value, the story felt like much of the same we’d already seen. And then, suddenly, after episode 6, the entire story took on a powerful change. With the disappearance of Shams, played by Ali Rehman Khan, the show put out a strong message, one that few shows tend to do – life goes on. Sarah Khan’s Falak and Ayeza Khan’s Geeti both prove themselves to be strong women, moving forward in life and building careers. “Laapata” has given several positive messages regarding women empowerment in its initial episodes. How will the story fare moving forward? That remains to be seen, but so far, this is an interesting show. Starring Ali Rehman Khan, Ayeza Khan, Sarah Khan and Gohar Rasheed in lead roles, the show has been written and directed by Khizer Idrees. 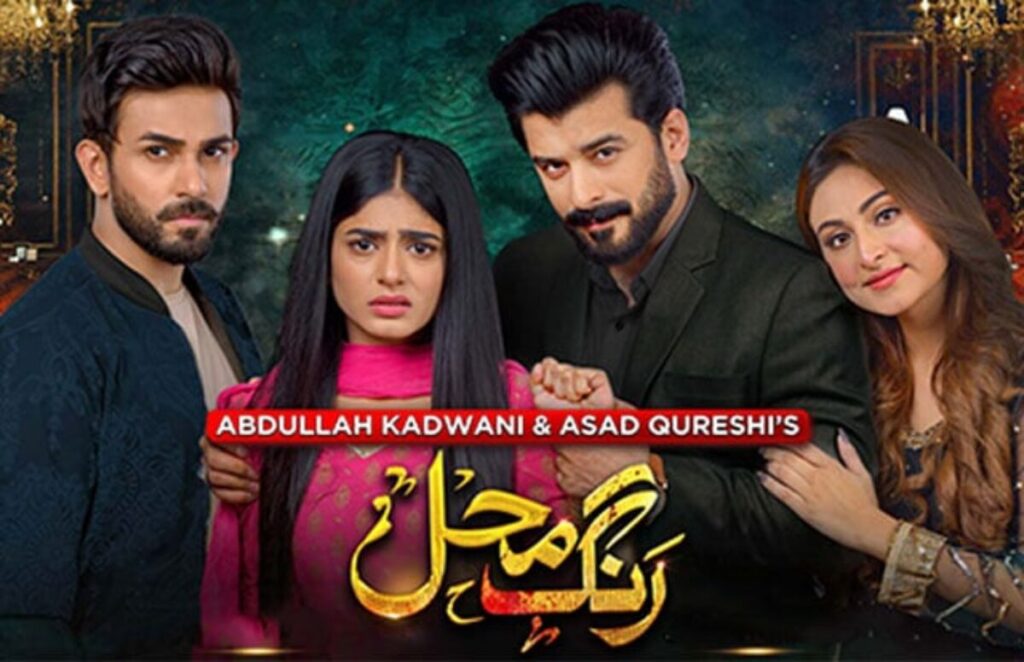 Like “Fitrat” and “Mohlat,” “Rang Mahal” is a daily soap with a melodramatic feel and slightly over-the-top, dim characters. However, what sets “Rang Mahal” apart is its story – which is actually quite good. Following the life of Mahapara, played by Sehar Khan, the show highlights class differences within Pakistani society and how financial status plays a role not only in division, but also in justice (or the lack of it). Mahapara is the daughter of a “Munshi” (secretary), but her father’s employing family has always treated her like their own – until their son, Sohail, makes advances and then turns the blame on her. Written by Shafia Khan, the show has been directed by Zahid Mehmood and stars Ali Ansari, Hamayun Ashraf, Sehar Khan and Arooba Mirza in lead roles. This is a show that not only keeps the audience interested, but also had the potential to be a solid weekly show (as opposed to a soap). 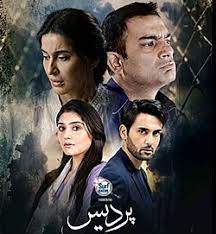 “Pardes” is winning the hearts of the audience with its realistic storytelling, great performances and compelling narrative. This drama doesn’t have the action-packed, drama-filled episodes that many hit dramas do, but it is a winner in terms of subtle content, the actors enacting scenes that many viewers are able to connect with on a personal level. “Pardes” follows the life of Aiman, played by Durr E Fishan, who has been emotionally and mentally traumatized by her father’s absence in her life – an absence created when he was sent abroad to earn for the family. This is a fascinating tale on the long-term effects decisions can have on generations to come. Starring Sarmad Khoosat, Shaista Lodhi, Durr E Fishan, Affan Waheed, Gohar Rasheed, Sharmeen Khan, Atiqa Odho and many others, “Pardes” has been written by Sarwat Nazir and directed by Marina Khan.

It’s difficult to write a list of top dramas and not include each show worth a mention. ““Neeli Zinda Hai” and “Dour” are two other shows that are putting out stellar episodes each week. At present, it’s refreshing to have several viewing options to choose from, shows that not only focus on cast and production, but also quality.