The Trial Of The Chicago 7 Blends Brilliancy With The Bland

This remarkable testimony to the spirit of humanism, freedom and democracy, so relevant to us in this country, comes to us accompanied by so much validation and panegyric, that one is wary of expressing reservations on the film’s level of excellence. After all, we are living in times when the voice of dissent is quickly ridiculed, insulted and thwarted. Which is hugely ironical, really, considering The Trial Of The Chicago 7 is all about letting the voice of dissent grow. We don’t have to agree on the precincts of democracy. Likewise, we don’t have to be one on the merits of a film on the precincts of democracy either. 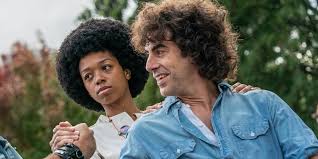 So, all right. Let me be the first to say this is a remarkable film, exceptional in its commitment to recreating the trial of the 7 (actually, 8) men who were tried by the American government as anti-national for protesting against the butchering of young American soldiers in Vietnam. The moral equations, I thought, are too prettily laid out in the trial-and-error format. The anti-war protestors are given to swaggering tendencies and inhouse brawls among themselves at their headquarters (ironically named ‘The Conspiracy Office’), while the bad boys from Nixon’s blackened White House remain true to character: forever snarky, sneaky secretive and somewhat slimy. Given the brutal moral alignments of the plot, I found the pro-Establishment performers to be far more brilliant in their thankless roles, especially veteran Frank Langella as the nakedly prejudiced judge at the trial. The seven defendants, joined by a black man (Yahya Abdul-Mateen 2, in a role first offered to Will Smith) who is wrongly clubbed (literally) with the rest of the war haters, don’t even have to make an impression. The inbuilt power strength and glory of their roles puts the actors on the front foot from the start. This is not to say that they don’t excel beyond their written parts. They do. In fact, the main players specially Sacha Baron Cohen (who plays a hippie youth leader) and Mark Rylance (as a defence lawyer) give award-worthy performances.

The film is shot in pronounced but unostentatious hues. The end of the 1960s era emerges not through punctuated periodicity but through the mood of the moment: volatile, aggressive, unforgiving. Look out for The Trial Of The Chicago 7 at the Oscars next year. Many critics have already labelled it the year’s best. I wouldn’t go that far. The work is definitely outstanding. But quite often it swings between brilliancy and borderline blandness. And yes, where are the female characters? Probably powdering their noses while the men fight out a future-decisive battle in the courtroom. Even in a film that’s all about radical change, some things never change.

SRK, Kajol statues to be unveiled in London to mark 25 years of DDLJ