The character limit for Twitter increased from 140 to =280 in 2020, but the platform hasn’t been able to change the bad character of its users.

Bollywood actor Aayush Sharma first quit Twitter recently when his wife Arpita Khan was abused by some Twitteratti. He joined again but the actor quit Twitter again in the recent aftermath of the fury lashed out by fans of Sushant Singh Rajput who believed that the actor gave up his life because of nepotism and started targeting the stars and their kith and kin.

“I quit Twitter because there was an issue, a problem. We can use social media to talk with a lot of love and kindness. Anyone has an opinion – maybe positive or negative. You do not need to insult anyone, especially a lady using the platform. And these were done by people who are following me. Social media should not be used to abuse or fight. I am an actor and have put up my work on a platform, so everyone has a right to love it or criticise it. But you cannot insult someone,” says Aayush who was targeted along with his brother-in-law Salman Khan.

According to a Nielsen report in 2010 it came across that Twitter had this innate knack of haemorrhaging users, when users started talking about, “I am going to use the bathroom!” Many quit after a month of logging in. But a decade later, it is the negativity that the micro-blogging platform provides. Despite new innovations on reporting and blocking users, trollers who are like canines wanting to leak on every post have found new means to raise their legs, or rather their voices in the most offensive manner. 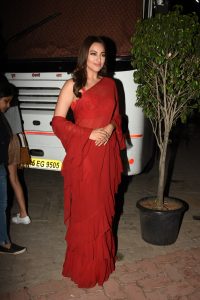 Aayush Sharma wasn’t the only one. Zaheer Iqbal, another Salman Khan protégé and even Sonakshi Sinha – yet another discovery of the Pocket Hercules also quit the platform. 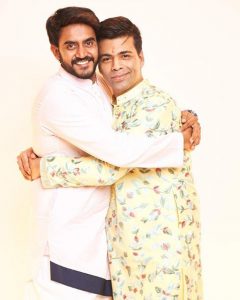 Likewise, with the director of the Dulhania series for Karan Johar – Shashank Khaitan who called Twitter a breeding ground for “hate and negativity.” Khaitan’s mentor Karan Johar however did not quit the platform. He simply unfollowed everyone barring three senior stars –  Amitabh Bachchan, Shah Rukh Khan and Akshay Kumar apart from the Indian Prime Minister Narendra Modi and four of his company handles and limited his comments section.

Lollywood’s Mahira Khan did the Houdini act in the aftermath of some intense trolling. Mahira was seen smoking along with Bollywood’s Ranbir Kapoor. Fans figured out on their own that there cannot be any smoke without fire and set Twitter on fire. But it was only a year later when Mahira was hounded by trolls following her recent tweets addressing the Khalil-ur-Rehman Qamar-Marvi Sirmed controversy, and Aurat March, the Raees actress deactivated her account.

“I personally think it’s imperative that those that stand with the idea of standing up for your rights should write and speak with clarity. A lot gets lost when we try to match jahaaalat with jahaalat, abuse with abuse. There MUST be a difference,” she had said then and later came back.

While most of them have managed to limit their comments section others continue to be trolled and perhaps, they revel in it too. 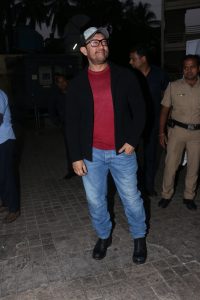 Many stars including Bollywood star Aamir Khan smartly use Twitter only to make announcements of upcoming projects or to talk about any significant development in their lives and vamoose. Lollywood’s import to Bollywood with Khoobsurat – Fawad Khan also tweets only when required. Ditto with Hindi Medium actress Saba Qamar.

Moral: Twitter is like cocaine. People want to use it more and more and keep seeing how many more followers they have. They realise after it has become very toxic and then quit it.