As the year comes to a close, a trip down memory lane is required to compile a list of the top ten dramas of the year.  In 2022, there have been a good number of strong, well-written shows.  It hasn’t been an amazing year necessarily (as opposed to 2021, which had an abundance of great shows), but several Pakistani dramas stood out in terms of quality this year, along with some special mentions that will be included in a separate list.  These choices are not based on popularity, rather this is a compilation of Pakistani dramas that managed to make a personal impact.  Let’s count down the best dramas of 2022!

*Disclaimer:  As always, this list only includes dramas that are completed within the year.  Any dramas which have not seen a conclusion in 2022 (Wehem,Wehshi, Fraud, etc.) will be included on the list for next year. (2023). 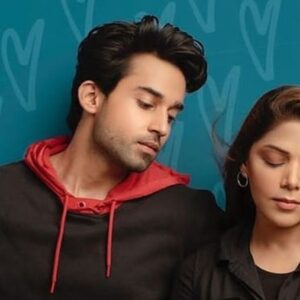 “Dobara” won viewers over before it even went on air with its unique, progressive plot of an older woman finding love again with a younger man.  Telling a complicated love story between a broken widow and an emotionally injured young man, two individuals who find a “home” in each other and make it work against all odds, “Dobara” stars Hadiqa Kiani and Bilal Abbas in lead roles.  The story is written by Sarwat Nazir and directed by Danish Nawaz.  “Dobara” isn’t a perfect show and falls stagnant in parts, the execution of fa few episodes falling flat.  However, overall, “Dobara” manages to impart a great message, one that shows that a woman can find love again in life and unusual couples can find happiness despite society’s expectations.  Bilal Abbas Khan and Hadiqa Kiani’s performances are wonderful, Sarwat Nazir’s writing engrossing and Danish Nawaz proving, once again, to be a strong director.  “Dobara” is certainly one of the best dramas this year. Gender roles and the expectations placed on individuals within their genders is something we struggle with all around the world, but these gender roles are even more “set” within the subcontinent.  “Mr. and Mrs. Shameem” tells a brilliant story about an unusual couple who pushes against these gender role, fighting against society to live life on their own terms. Starring Saba Qamar and Nauman Ejaz in lead roles, the story has been written by Saji Gul and directed by Kashif Nisar.  In a drama riddled with heartbreak, it also highlights the resilience of the human spirit and the importance of a strong, dependable life companion.  The downside of “Mr. and Mrs. Shameem” is its pace.  This is a 20-episode drama that could have easily wound up the story within twelve to fifteen episodes had the team made a conscious effort to avoid extra, meaningless sequences.  Despite these small flaws, this is a beautiful, heartfelt show with depth.  “Mr. And Mrs. Shameem” did not get the attention, recognition and praise it deserved this year due to its release on Zee 5, a streaming service that is banned in Pakistan.  However, regardless of its pacing issues, this has been a brave, bold attempt to tell a story of issues that exist in society, but are spoken of in hushed tones. 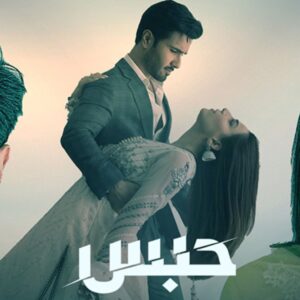 “Habs” earns its position at the number eight spot, ending just in time to make the cut for 2022.  “Habs” stars Feroze Khan, Ushna Shah, Saba Faisal, Hina Rizvi, Janice Tessa and others.  The story has been written by Aliya Makhdoom and directed by Musaddiq Malek.  “Habs” is a beautiful watch, though emotionally heavy, focusing on a marriage of convenience between Basit and Ayesha, a couple thrown together due to circumstances who come  from entirely different backgrounds.  During the course of their marriage, they learn to love and accept one another and it’s this true-to-reality storytelling that makes “Habs” a winner.  Sure, “Habs” does have its weak points, particularly a sluggish period of several episodes towards the latter portion of the show, but the positives outweigh the negatives.  The realistic presentation, the complex relationships and the internal dilemmas faced by the lead – and supporting – characters makes this narrative come to life.  “Habs” is not an over-the-top, in your face sort of show, rather it’s one that makes its audience feel connected, as though we’re watching members of our own family.  Feroze Khan and Ushna Shah’s chemistry as Basit and Ayesha make the show a joy to watch.  If there’s any real complaint, it’s that we, as an audience, deserved more happy scenes between the lead pair! The number seven spot is filled by “Qissa Meherbano Ka.”  This is not necessarily an easy watch, a show centering around the issue of domestic violence.  “Qissa Meherbano Ka” is wins its audience over with its true to life depiction of abusive marriages and how women find themselves trapped within their own homes.  A story with a slow build-up winds up being one of the strongest shows of the year, discussing marital abuse and how even strong women can become victims of said abuse – particularly marital rape.  The story has been written by Fakhra Jabeen and directed by Iqbal Hussain.  Pakistani dramas tend to drag these days, but “Qissa Meherbano Ka” is short and to-the-point, leaving the audience wishing there had been two to three more episodes to properly flesh out some aspects of the story.  Some stories honestly deserve more episodes – and “Qissa Meherbano Ka” is one such show.  If there’s a complaint, it’s that the latter half should have had more focus on justice and overcoming abuse rather than focusing on Meherbano and Murad’s nonexistent relationship and petty kitchen politics.  Regardless, “Qissa Meherbano Ka” gives us a strong social message on a prominent issue with praiseworthy performances, particularly from Mawra Hocane and Ahsan Khan, while also bringing Khushhal Khan and Areej Mohyuddin to the forefront as strong performers! 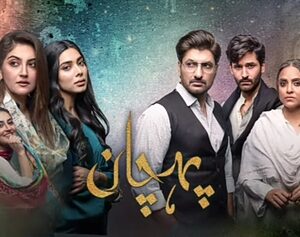 At number six is “Pehchaan,” an underrated gem of this year. The journey of a woman finding her independence and searching for her identity after her marriage (seemingly) collapses, “Pehchaan” stars Hiba Bukhari and Syed Jibran in lead roles, supported by Mirza Zain Baig, Qavi Khan, Huma Nawab, Nadia Khan, Nadia Hussain and others.  The story has been written by Rubina Kabir Khan and directed by Asad Jabal. The story of “Pehchaan” is heavy, showing not only how lack of communication can destroy a marriage, but also how children are caught in the middle and can be negatively affected. However, the way the story is handled feels relatable, inspiring, optimistic and even uplifting.  This is an emotion-based show which takes its audience down a thoughtfully laid out path.  It takes two to make a marriage work and this is brilliantly highlighted within this show. The story emphasizes how women should build their own identity and recognize their own worth – and how that sense of value and respect from a partner is what contributes to a healthy, happy marriage.  Syed Jibran and Hiba Bukhari have done a wonderful job throughout the show and win hearts through their earnest portrayals of Sharmeen and Adnan.  If you missed watching this gem of a show, it is highly recommended!

With the Finale, “Habs” Ends On a High Note