As the year comes to a close, a trip down memory lane is required to compile a list of the top ten dramas of the year.  In 2022, there have been a good number of strong, well-written shows.  It hasn’t been an amazing year necessarily (as opposed to 2021, which had an abundance of great shows), but several Pakistani dramas stood out in terms of quality this year, along with some special mentions that will be included in a separate list. These choices are not based on popularity, rather this is a compilation of Pakistani dramas that managed to make a personal impact.  Numbers ten to six were discussed in part one.  Let’s continue counting down the best dramas of 2022!

*Disclaimer:  As always, this list only includes dramas that are completed within the year.  Any dramas which have not seen a conclusion in 2022 (Wehem, Wehshi, Fraud, etc.) will be included on the list for next year (2023). 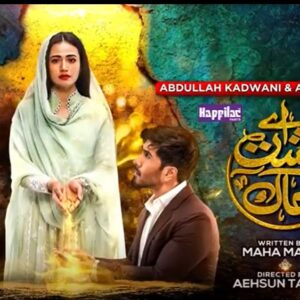 At number five is “Aye Musht E Khaak.” Starring Feroze Khan and Sana Javed in lead roles, the show started off with a bang, immediately pulling viewers in with its interesting story and “out there” hero. This drama was a craze in the early months of 2022, inspiring memes and viral videos with its performances that initially felt very over the top. However, as episodes moved forward, “Aye Musht E Khaak” told a story about much more than love, focusing on the marriage and relationship between two individuals on very different tracks pertaining to religion – one a strong follower of Islam, the other an atheist.  Love it or hate it, “Aye Musht E Khaak” has not been a show to ignore.  Written by Maha Malik and directed by Aehsun Talish, “Aye Musht E Khaak” is a beautiful love story, which is surprising, because many felt that Duaa and Mustajab should never be endgame – and somehow, the redemption arc has been so convincing, we believe in this love story and hope for these two individuals to find happiness in each other again.  Overall, “Aye Musht E Khaak” is a rollercoaster of a ride – and a thoroughly enjoyable one.  It’s not just a love story, but the story of a man finding God through love – and that’s what makes it beautiful. 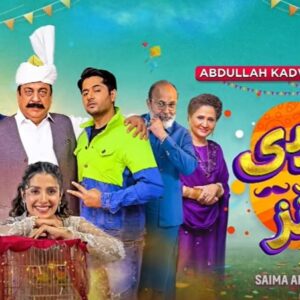 Comedy comes in to play at the number four spot with “Chaudhry And Sons.” “Chaudhry and Sons” is a 2022 Ramadan daily comedy, but is much more than slapstick comedy and light-hearted feels – rather, this is a well-written show with strong direction, storytelling, great character graphs, a good story and the ability to connect with the characters. It consistently delivers high-quality content with each episode. Starring Imran Ashraf, Ayeza Khan, Sohail Ahmed, Irsa Ghazal, Yasir Nawaz, Noor Ul Hassan, Asma Abbas, Saqib Sumeer, Madiha Rizvi, Zoya Nasir, Hammad Shoaib and others, the story has been written by Saima Akram Chaudhry and directed by Syed Wajahat Hussain.  While many have criticized the show for catering to more traditional mindsets, this is not necessarily true, rather “Chaudhry And Sons” has done a fabulous job of highlighting the regressive ideals and traditions families hold to and how it’s not necessary to uphold traditions when they break hearts and ruin relationships.  It’s the sign of a great drama when all loose ends are wound up, characters are held accountable for their misbehaviors, viewers are able to emotionally connect with each character and rejoice in their happiness.  This is a gift Saima Akram Chaudhry and Syed Wajahat Hussain have given us this year, a quality drama that will be remembered and loved for years to come. 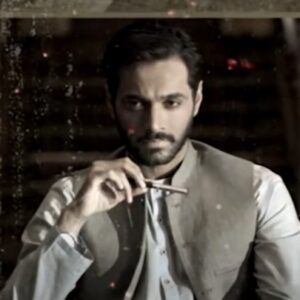 “Jo Bichar Gaye” takes the third spot. In 2010, Haissam Hussain took over our television screens with the compelling, lovable, absolutely gutting “Dastaan.”  Cut to over 11 years later, “Jo Bichar Gaye” arrives with high expectations – and exceeds them.  While Haissam Hussain has directed several shows in between (including the Aunn Zara, Akbari Asghari, Durr E Shahwar, etc.), this has been his return to a political topic.  Starring Wahaj Ali, Maya Ali, Talha Chahour, Adnan Jaffar, Nadia Jamil and many others, “Jo Bichar Gaye” tells the story of the fall of Dhaka through the eyes of Colonel Farrukh, as it is based on his memoirs.  The story has been written by Ali Moeen and directed by Haissam Hussain. With only fourteen episodes, this is a short, quick watch – and as an audience, we are more than enthusiastic to see a return to short, crisp, to-the-point storytelling with a episode count focused on strong content.  The story following the events of 1971, ultimately leading to the separation of East and West Pakistan, keeps viewers on their toes from episode one with storytelling that draws one in.  As in “Dastaan,” Haissam Hussain masterfully pulls us in, introducing us to the lead characters, allowing us to emotionally connect to them and accept them as our own before tragedy ensues, the horrors of the past coming to life through these beloved characters. More than anything, what “Jo Bichar Gaye” has proved is that Pakistani dramas can be held to a standard.  Of course, Pakistan produces some high-level dramas each year, but “Jo Bichar Gaye” has taken a concept and turned it into high-voltage, emotion and action driven content with stellar production values, worthy of being on Netflix.  In the past year, a few dramas have proved “less is more,” with shorter episodes and fast-paced, well-written, focused stories.  Will “Jo Bichar Gaye” lead the way for more of its kind? 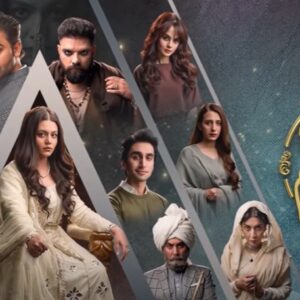 At number two is “Badshah Begum.” This is an unusual choice, as it technically ranks as a flop show for 2022 and Pakistani audiences as a whole did not understand or embrace the concept. However, as a viewer looking at it in regards to strong storytelling, great performances and the treatment which is both true to our roots and international at the same time, Badshah Begum is a winner. The story focuses on a feudal family set in a fictional world (that could very well exist in small areas in Pakistan) with high voltage drama between the Pir family.  Starring Farhan Saeed, Zara Noor Abbas, Hamza Sohail, Ali Rehman Khan, Komal Meer, Yasir Hussain, Saman Ansari, Abul Hassan, Shahzad Nawaz, Tanya Hussain, Hiba Aziz and others, the story has been written by Saji Gul and directed by Khizer Idrees. “Badshah Begum,” from the beginning, does not seek to highlight a social message, present facts or create a romantic tale. It remains true to the story it sets out to tell and, as one would hope, it does not shy away from allowing this ruthless story of power to play out in a violent manner. As a show, “Badshah Begum” has been a joy to watch and a few editing issues notwithstanding, this has been an underrated gem for those looking for Pakistani television removed from saas-bahu and romance tales.  From Zara Noor Abbas to Hamza Sohail to Farhan Saeed to Komal Meer to Yasir Hussain…..the entire cast has done a phenomenal job and played their roles to the best of their abilities. “Badshah Begum” may not have been a ratings success, but will be remembered and will gain appreciation over time. 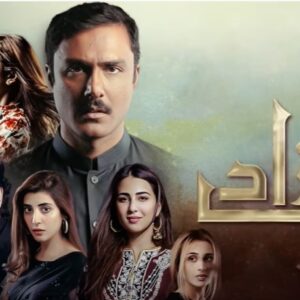 At the number one spot is, without any surprise, “Parizaad.”  Starring Ahmed Ali Akbar, Yumna Zaidi, Mashal Khan, Nauman Ejaz, Urwa Hocane, Saboor Ali, Ushna Shah and many others, the story has been written by Hashim Nadeem Khan and directed by Shehzad Kashmiri.  “Parizaad” is a story of a man who faced hardships throughout his life from childhood to adulthood due to his appearance, his shy nature and his socioeconomic circumstances.  The reason “Parizaad” managed to connect to so many viewers was not only due to Ahmed Ali Akbar’s extraordinary performance, but also because audiences were able to connect with the lead character.  Whether it be his inability to express himself at the right time, being taken advantage of or his insecurities and flaws, he is relatable.  This is Ahmed Ali Akbar’s best role to date (and he has many) and cements his place as one of our best actors.  Overall, “Parizaad” has been the journey of a common man, the underdog, and the team has taken viewers on this journey that has left us hooked from start to finish.  It’s rare that a show maintains the same level of quality from beginning to end, but “Parizaad” has accomplished this and the entire crew deserves a round of applause.  “Parizaad” is a modern day classic and a must watch.

These are the best dramas of 2022 based on content, acting, storytelling, direction and overall impact.  Which of yours favorites did not make the cut?

Pakistani Films That Were Showcased In 2022