Top Singer Turned Actors In Pakistani Dramas
From Farhan Saeed To Hadiqa Kiani, these singers are ruling our television screens with their amazing acting chops.
Pakistani drama industry is blessed with a powerhouse of performers who surprise us the audience every day. Our film, drama, OTT, and theatre won’t have been popular if it wasn’t for the talented artists associated with them. Well, it is important to mention here that our film and drama industry is not just home to talented actors but we have some of the most sensational singers making their way into the acting arena and doing it wonderfully. Let’s see some of the crooning sensations and what recent projects they are working it.
Hadiqa Kiani 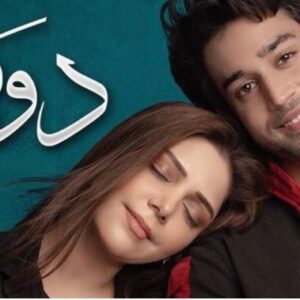 After Nazia Hassan, the singer that really made a mark in the Pakistan pop singing industry was none other than Hadiqa Kiani. But her venturing into acting was nothing short of a surprise because she pulled each character with sheer brilliance. The characters she has played to date be it in Raqeeb Se or Dobara, are not from run-of-the-mills Rom Coms and Saas-bahu sagas rather demand a more serious approach to acting. The singer-turned-actor has knocked out the park with her amazing performance in the first drama serial Raqeeb Se alongside big wigs like Nauman Ijaz and Sakina Samu and Sania Saeed. Recently, the singer-turned-actor is working alongside Bilal Abbas in the drama serial Dobara and making her presence felt with each episode. Her next project will be alongside Omair Rana in the drama serial Pinjra which is equally challenging.
Farhan Saeed 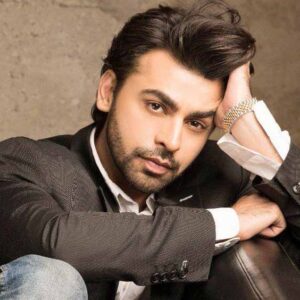 The lead vocalist Farhan Saeed from the famous Jal band turned out to be quite an impressive actor. With dramas serials like Udari, Suno Chanda, and its various seasons, the audience loved his performance in each role because he clearly knows how to play a role to convince his audiences. Right now, the Sajni Pass Bulao Na singer is appearing in pivotal yet poles apart characters in drama serials Mere Humsafar and Badshah Begum. The audiences are loving Farhan’s Knight in shining armour character in the drama Mere Humsafar and shipping Hala and Hamza onscreen pair.
Atif Aslam 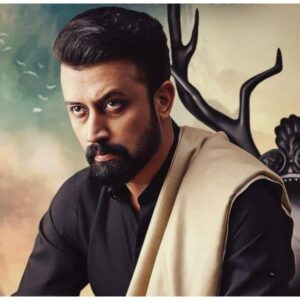 The global singing sensation Atif Aslam ventured into acting with Shoaib Mansoor movie Bol alongside Mahira Khan in the lead role. After that, we didn’t get to see him much in any movies or dramas. Recently he has made his debut in the drama serial Sang-e-Mah and saying that he is a fine actor is just an understatement. Hilmand’s character played by Atif Aslam in Sang-E-Mah is poetic, mischievous, unapologetically himself, deviant, and deep-dived into Sufism. A character that by no means is easy to play if it’s a debut role but Atif Aslam did his finest job and we are definitely looking forward to more of the singer-turned-actor in television series.
Azan Sami Khan 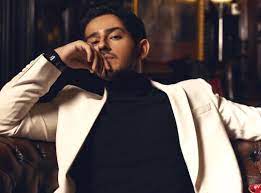 Azan Sami Khan is associated with the entertainment industry as a singer, music composer as well as a written screenplay for the longest time. Recently he ventured into acting and joined a powerhouse of talents like Yumna Zaidi and Sajal Aly in the drama serial Ishq-E-Laa. Playing Azlan demanded calm and composed acting skills and Azan seemed inadequate for the role. Audiences have mixed reviews regarding his role and his acting skills are far from perfect. We wish him better luck in his upcoming characters.
Fawad Khan 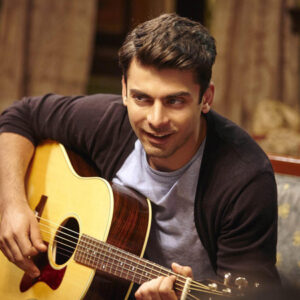 Starting his career as lead vocalist in the band Entity Paradigm, Fawad Khan had quite a Steller singing journey. Ruling the younger generations’ hearts with his rugged voice and punk rock music, the singer turned to act later on. Started his acting journey with dramas like Humsafar and amassed a great fan following as the lead role of Ashar alongside Mahira Khan and Naveen Waqar. Later he went on to play a lead role in Zindagi Gulzar Hai and then there was no looking back. We think Fawad Khan, the singer turned actor is the best thing that has happened to the entertainment industry. We are all set to see Fawad Khan in the OTT series  Zindagi alongside Sanam Saeed, a cameo role in Barwaan Khiladi and lead in Jo Bachay Hain Sang Samait Lo.

Is “Aye Musht E Khaak” Headed Back on Track With Episode 29?