Torbaaz is one of those well-intended films that you feel bad criticizing. It is made with a noble purpose, to expose the tragedy of young children in Afghanistan being trained to become suicide bombers. While the film’s heart beats in favour of humanism and peace, that heartbeat of humanity doesn’t quite make itself heard to the audience. What we see is a film saddled for nobility but with no sense of purpose or direction. The film ambles aimlessly in every direction. We are introduced to Sanjay Dutt’s character at an airport where he is oblivious to the repeated announcement of his flight to Afghanistan being ready to take off. Some such tone-deafness characterizes the film all the way from takeoff to landing. 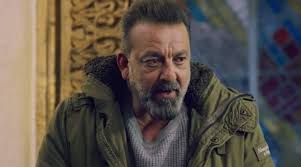 The director hears the anguish of and probably feels strongly for the upcoming generations in Afghanistan who are trained into terrorism from a young age, but has no clue as to how to channelize his thoughts and feelings. Torbaaz is stuck between bouts of anger and spasms of sloppiness. While looking anguished comes easy to Dutt, the rest of the cast including the normally-dependable Rahul Dev struggle in under-written roles.

The children, ironically, are the biggest sufferers on the sketchy writing. While it is admirable of Girish Malik to have used local Afghani children, their accents and actions suggest their inability to grasp the grammar of violence. This could have been a good, even great film, if only it had penetrated deeper into the emotions of its troubled characters. Instead, the narrative skims the surface and tries to make do with doodling over shadowy shallow characters, none more so than Nargis Fakhri who seems as unsure of her ‘Afghani’ accent as she is about what she is doing in the film. She is not alone in her uncertainties.

Durgamati: Easily The Most Obnoxious Film Of The Year