Twitter, in a blog post, has announced its new policy of labelling all media accounts that are affiliated with the governments of countries on the United Nations Security Council, including China, France, Russian Federation, the United Kingdom and the United States. The microblogging site said its mission is “to serve the public conversation” and part of this was “providing people with context so they can make informed decisions” about the content they consume and engage with on the site. It said that this move is part of a larger effort “to protect that discourse because we believe political reach should be earned not bought.”

The new policy comes in the wake of severe criticism faced by social media sites for their handling of foreign influence and disinformation. The labels will be put on outlets like Russia Today, Sputnik and China Daily. However, they will not be added to certain other outlets such as the US-government backed Voice of America, Radio Liberty or NPR or to the BBC. The blog post described these as “state-financed media organisations with editorial independence.” 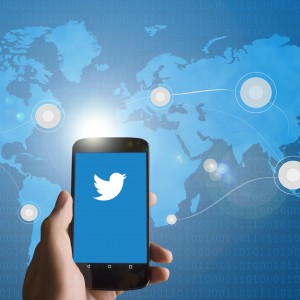 The site will not be labelling the personal accounts of heads of states at this time “as these accounts enjoy widespread name recognition, media attention, and public awareness.” However, the accounts of top officials such as foreign ministers, ambassadors and spokespeople will be affected.

Asif Machliwala: Twitter Has Found A Potential Olympic Athlete In This Pakistani Fisherman

The post further said that Twitter would “no longer amplify state-affiliated media accounts or their Tweets” via its recommendation systems on the home timeline, search or notifications. The labels will appear on the relevant Twitter profile and on Tweets shared via these accounts. These labels will have information about the country these accounts are affiliated with and will also mention if they are run by state-affiliated media entities or by government representatives.