Hyperloop — a proposed mode of high-speed transportation — is close to becoming a reality after the US House of Representatives included it in a future of transportation act. Following this decision, the Non-Traditional and Emerging Transportation Technology (NETT) Council in the United States is expected to issue guidelines within the next six months to provide a clear regulatory framework for the industry.

To achieve this, Virgin Hyperloop has been engaging with the governments of UAE, Saudi Arabia and India. It has raised over USD 400 million (AED 1.5 billion) of investments, including funds from DP World. 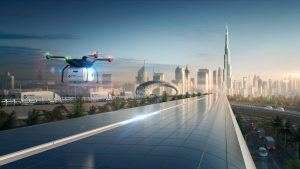 CEO Virgin Hyperloop, Jay Walder, said in a statement, “The inclusion of hyperloop transportation in this legislation is historic and once again establishes the US as an innovation leader, giving us an opportunity not just to rebuild but evolve using transformative and innovative technologies.”

He also noted how DP World had been “a key enabler of developing this technology for deployment.”

Speaking about the recent developments, Group Chairman and CEO of DP World, Sultan Bin Sulayem said, “The decision is a huge vote of confidence that we are all on the right side of history. The move, which brings hyperloop systems one major step closer to reality, validates our decision to take this technology seriously and support this innovation.”

The vacuum tube-based system, which looks like a train but travels at the speed of a jet aircraft, is capable of reducing travel time between Abu Dhabi and Dubai to ten minutes.

Five everyday foods that could be causing you to bloat

30 Ways to Boost Self-Love and be Good to Yourself