Dubai-based artist Nathaniel Alapide — recipient of The Filipino Times Awards Artist of the Year 2018 — has created a sand mural to commemorate the UAE’s Mission to Mars. The artist spent five hours making a 15-metre wide and 30-metre long sand art piece on the beachfront of Rixos Premium Dubai in JBR. With the help of a rake, he made a drawing of Hope Probe spacecraft orbiting the Red Planet. He also created the logos of the Nation Brand and Emirates Mars Mission, and the countdown in both English and Arabic.

In an interview with Gulf News, Alapide said, “I hope my creation will send sunny good vibes from the Dubai sands to the Japanese island launch site.” 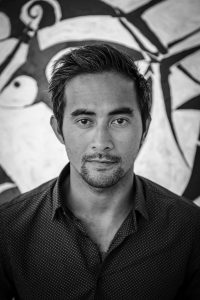 Previously, Alapide had created sand art dedicated to the country’s first Emirati astronaut in space, Hazza Al Mansoori. Speaking about that project with Dubai-based Filipino Times, Alapide had said, “Seeing someone like Al Mansoori go up there makes me feel that he carries a part of my dream with him. It’s hard to put this feeling into words so maybe by creating this picture of him is my way of thanking him for it. I’m proud of what he has accomplished.”

Launched in 2014, the Emirates Mars Mission is the UAE’s first-ever interplanetary mission. To launch this mission, the country has partnered with three US universities. The $200 million Hope mission is expected to reach Mars orbit by early 2021 to study the Red Planet for around two Earth years (one Mars year). It aims to provide a comprehensive understanding of the Martian atmosphere and help scientists around the globe understand weather changes on the planet over the course of a day and between seasons. So far, NASA, Russia, the European Space Agency and India have visited the Red Planet.