Uncommon Laws That Every Dubai-ite Should Know About

Let’s stay out of trouble and educate ourselves on some of the most unusual UAE laws.

While living in the UAE has its own perks and benefits but it doesn’t come without a fair share of added responsibility. Recently the UAE has been coveted as the second most safe country in the world. And why it is called the safest country you ask? Because it runs on laws and regulations that make this place a safe zone for all and sundry. But some laws are so unusual that one should be aware of them or you can get in trouble if you do not know about them.

Since ignorance is not an excuse to break the law, let us be careful with the simple once to avoid unnecessary trouble.

Watch Your Tongue, Oops Your fingers! Writing texts with foul language is a big no-no. Prohibited by law it can land you in trouble. Swearing is punishable by law and can land you in jail for a year and a fine of dhm10,000. Emojis that show offensive gestures are also a breach of cyberlaw. Freedom of speech isn’t a “thing” here, at least when it comes to swearing words and raising the middle finger to people.

No Snooping Into Someone’s Phone:

Not only is it highly unethical, but it is also considered a crime according to UAE laws. Yikes!! You are not just invading the privacy but also getting into trouble for doing so. This can lead to a minimum six-month jail sentence and a fine of between 100,000 and 500,000 dirhams.

Say No To VPN: 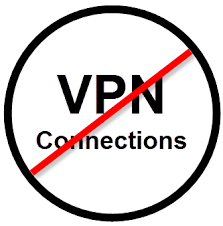 Using VPN is like inviting yourself to legal trouble. As per UAE cyber laws, accessing any prohibited website via VPN is a violation of law and is punishable with fines of up to 2 million dirhams. So, beware before using torrents to download movies!

Separate Fines for Having Dirty Car And For Washing It Incorrectly: Yes, you read that right! The UAE cares a lot about the image of the country, which is fair enough, but you can be fined separately for having a dirty car and for washing it. Contradictory though that sounds, here’s the reasoning.

Dirty cars are seen to be ‘disfiguring the city image and health’ and can be towed away with the owners fined up to 3,000 dirhams. However, washing your car ‘incorrectly’ – which is to say, in residential areas, or employing people to do it for you – can also ‘distort the city’s beautiful image’ and result in a fine. As such, you have to take it to a proper car wash to have it done. No Sunday afternoon car-washing over there.

Nay Nay To The Tittle-Tattle: 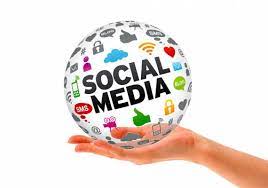 To all the gossip mongers, abstain from spreading false rumors, rumors that can disrupt the national peace and public order especially if spread on social media. One of the most ambiguous laws, and one of the most controversial, relates to spreading rumours and gossip. Gossip, particularly on social media, can result in a three-year prison sentence and a 1,000,000 dirham. Poppy seeds are a source of opium and are a banned substance in the UAE. Being caught in possession of poppy seeds is a serious violation of the law and results in a jail sentence.

Thought you knew all the UAE laws? Well, turns out there are a few laws that are often overlooked. So, memorize these before you head on your UAE trip!