4 Upcoming Pakistani Dramas to Look Out For This Season
Which one are you most excited about?
2022 is proving to be quite an interesting year for the audience as the Pakistani entertainment industry is dishing out blockbuster dramas one after another. Drama serials like Sinf-e-Ahan, Sang-E-Mah, Jo Bicharh Gaye to Dobara and Ishq-E-Laah, have glued us to the television screens at the present moment. The audience is in awe because of the outstanding acting chops, compelling storylines, amazing performances, and brilliant direction that made these dramas instant hits among the audiences.
Alongside these brilliant dramas, there are upcoming drama serials that should be definitely looked out for. We have curated a list of upcoming dramas serials that are a must-watch.
Badzaat Starring Imran Ashraf, And Urwa Hocane Starring the dashing Imran Ashraf, gorgeous Urwa Hocane, and Ali Abbas in the leading roles, Badzaat is a story of a dancer’s (Saba Faisal) son and how her reputation shapes his life. Till now, several teasers have been released and from the looks of it, the drama seems like an intense one revolving around love, hope, and childhood trauma. The drama shows Imran Ashraf as an aggressive character who can get violent if he feels threatened by his izzat while in another teaser, Urwa is shown to be a very innocent girl who gets scared easily. We have yet to see how their paths cross and two starkly different characters come together to make a spell-binding drama serial.
The other cast of the Badzaat drama includes Mehmood Aslam, Saba Faisal, Nida Mumtaz, Zainab Qayyum, Sidra Niazi, Zoya Nasi, and others in different roles.
Badshah Begum Featuring Zara Noor Abbas And Ensemble Cast 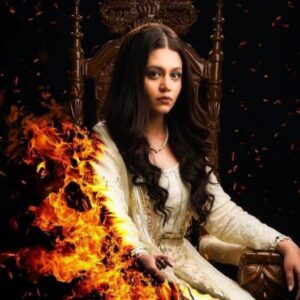 Get ready for all the goosebumps because hitting your television screen real soon, Badshah Begum is all set to break norms with its unconventional storyline. Away from all the saas/bahu saga, Badshah will show women in powerful struggling with the men in her kin. 2 siblings live in the fictitious state of Piranpur while 3 siblings including Zara Noor move to the city. However, the three siblings move back to Piranput and find themselves amidst politics and power struggles.
Zara Noor Abbas, after a hiatus of one year, is all set to play Jahan Ara aka Badshah Begum, and how she is in constant conflict with her heart because she is in love with Ali Rahman. Also, in conflict with antagonist Qaiser (Yasir Hussain) because his defiance will create obstacles for Badshah Begum’s authority during her rule.
Pinjra Featuring Hadiqa Kiani And Omair Rana 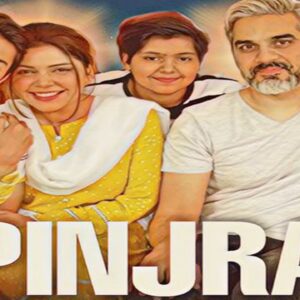 After the great success of Raqeeb Sai and ongoing drama serial Dobara, Hadiqa Kiani is all set to appear in the drama serial Pinjra alongside Omair Rana. Pinjra holds special importance for a lot of reasons. One it’s writer Asma Nabeel’s last script which she was working on when she was battling cancer. Secondly, its first project of Hadiqa Kiani will be aired on the ARY channel after two successful projects from the HUM channel.
As the story is the brainchild of Asma, it is expected to be a love tragedy with thrill and adventure. However, the details about the storyline are not yet revealed. Besides Kiani and Omair Rana, Ashar Wajahat, Sunita Marshall, and Furqan Qureshi are also playing titular roles.
Allah Janta Hai Featuring Sami Khan, Hina Altaf, And Azfar Rahman 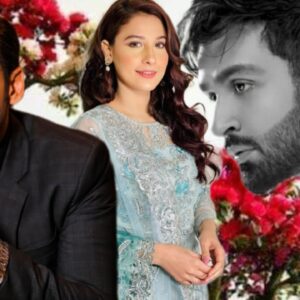 Geo Tv presents the drama serial Allah Janta Hai starring Sami Khan, Hina Altaf, and Azfar Rahman in the leading roles. The teasers have been released already and the drama looks quite intense as well as promising. The Jodi of Hina Altaf and Azfar Rahman garners lots of praises for their onscreen chemistry but it is Sami Khan who is coming in a totally different avatar.
The teaser reveals Hina Altaf and Azfar Rahman are in love and get engaged but fate has different plans. On other hand, Sami Khan is portrayed as an illiterate and uncouth person and is way simpler in his ways than Azfar but is equally interested in Hina Altaf. The storyline shows how Hina is diagnosed with an illness that needs constant gynecologists’ attention and how Azfar Rahman leaves her knowing about it. The cast of Allah Janta Hai also includes Sunita Marshall, Asma Abbas, Shabbir Jan, Rubina Ashraf, and Maria Wasti in significant roles.

Ishq E Laa: Where Did This Show With Such Potential Go Wrong?