4 Feel Good Dramas To Rewatch This Winter Break
From Ishq Jalaibi to Ana, here are some dramas to binge-watch right away.
Finally, winter break is here. This means we can have a breather with some me-time and lucky for us, we can break the monotony by watching some of our all-time favourite Pakistani dramas. Now honestly, every year there are always two or more Pakistani dramas that have lots of buzz around them and it gets slightly overwhelming to select which ones should be on our list. Hence, we have selected 4 Pakistani dramas that were not just unique, they performed well in terms of popularity too.
So, grab your hot cuppa chocolate and binge away these 4 drama serials right away.
1. Ishq Jalebi: 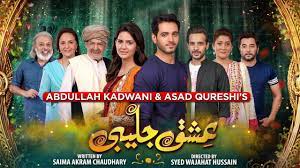 Wahaj Ali and Madiha Imam starrer Ishq Jalebi is a perfect family drama with a romantic twist. A comedy of sorts, Ishq Jalebi is about family bonds tarnished by dreams of living in foreign lands, ensuing realisations that spiral into family reunions, and a budding love between Bela (Madiha Imam) and Basim(Wahaj Ali).  Grab a tissue paper box because it is a perfect show with a rollercoaster of emotions. The execution, the direction, the storyline, and the acting especially by Mohammad Boota (played by Qavi Khan) are just so on point. Definitely, one to watch during the winter break.
The drama is written by ace writer Saima Akram Chaudary and directed by Syed Wajahat Hussain.
IMDb rating: 9.1
Genre: Comedy
2. Anna

Anna is about two lovers played by Hania Aamir and Shehzad Sheikh and the ensuing family and friends dynamics around them. Daneen, a free-spirited girl was in love with Areesh(Shehzad sheikh) but Shameem Begum(Seemi Raheel)opposes this union due to a strained history. The blossoming love between Altamash (played by Usman Mukhtar) and Izza (Naimal Khawar) is a treat for the eyes too. It’s a relatable romantic drama that you will fall in love with. Fun Fact: The OST is sung by none other than Hania Aamir herself which is beautiful and melodic.
IMBD rating: 8.0
Genre: Drama, Romance
3. Akbari Asghari

Akbari Asghari is about two sisters played by Sanam Baloch and Humaima Malik and their journey from a western to an oriental life. The two sisters come from abroad to live and marry two brothers Fawad Khan and Imran Abbas from the village. The drama gives a very classic feel while the dialogue delivery is amazing. Akbari Asghari is directed by Haisam Hussain and adapted by Faiza Iftikhar.
IMBD rating: 7.7
Genre: Comedy-drama, Romance
4. Chaudry And Sons Chaudary and Sons were a Ramzan play aired on the Geo channel. It instantly became a hit among the audience due to its relatability and amazing performance. Not to forget, the on-point comedy scene stole the show altogether. The Ayeza Khan, Imran Ashraf starrer family drama is about Chaudary Dildar (played by Sohail Ahmed) who has a transport business in Lahore. Ayeza Khan (pari)is his long-lost granddaughter who eventually gets engaged to Billu (Imran Ashraf) and the ensuing drama is totally worth watching.
Imbd rating: 8.4
Genre: drama, romance, and comedy

Wabaal Episode 16: Hareem Sohail’s Zarka Is the Star Of This Otherwise Sluggish Story