5 Abrar-Ul- Haq Songs Copied By Bollywood
After the massive backlash, Abrar-Ul-Haq got the credits for his song Nach Punjaban in the Bollywood movie JugJugg Jiyo.
Our music industry is blessed with one of the most talented musicians, composers, and singers. The songs that are dished out of the Pakistani music industry are not just music to the ears, they are soulful with meaningful lyrics. This is primarily why our songs have been repeatedly stolen on the pretext of either an inspiration or simply copied without any due credits. A case in point is the recent theft of Abrar-Ul-Haq song Nachh Punjaban in Koran Johar’s film JugJugg Jeeyo sans any due credits. After the massive backlash, the film has recently given music and lyrics credits to Abrar Ul Haq. 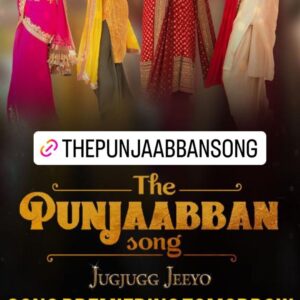 But do you know, that not one but 5 of Abrar-ul-Haq’s songs have been stolen by Bollywood already? Here we have made a list of these songs:
1. December Song For The Movie Chocolate
Abrar-Ul-Haq’s very famous song December was blatantly copied by Bollywood maestro Pritam Chakraborty for his movie Chocolate. In the 2005 released movie Chocolate, the title of the song was changed from December to Bheega Bheega Sa and was sung by singer Sunidhi Chohan. The song was not just stolen, the credits of the songs were just not there.
2. Billo For The Movie Ziddi
Billo song sung and composed by Abrar-Ul-Haq was stolen and copied by Bollywood yet again. They used the song in Sunny Deol starrer movie Ziddi in 1996 and the song was titled Mera Dil Lai gai oh Kammo Kidhar. Released in 1995, the song Mera Dil Lai Gai Oye was sung by the Punjabi singer Srinjoy Bhattacharya with no credits given to the original artist Abrar-Ul-Haq. 3. Assan Teri Gal Karni In The Movie Teesri Aankh-The Hidden Camera
The song Asaan Teri Gal Karni is yet another Abrar-Ul-Haq song that has been copied in the movie Teesri Aankh-The Hidden Camera. The Sunny Deol starrer movie gave no credits to the music maestro infect it says the song has been penned by Sameer and composed by Harry Annand. The copied song Asi Teri Gal Karni was released twice by music composers Harry Annand and Himesh Reshammiya.
4. Aja Beja Cycle Copied By Indian Singer Altaf Raja
With a number of Abrar-Ul-Haq’s songs being copied and stolen, it is clear that the singer’s content was always under the check of Bollywood music producers due to its popularity. In yet another instance, a very famous song of our Punjabi maestro Aja Ni Beja Cycle’ was copied by Altaf Raja,an Indian singer. This is not the only song he had copied from Pakistan. He has stolen many of our songs which were famous at that time. 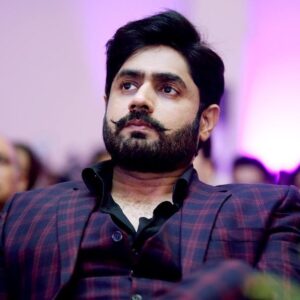