7 Fantastic Movies That Will Be Releasing Throughout 2022
Which one are you most excited about?
Here is a piece of great news for avid moviegoers. The year 2022 will bring with itself some of the most fantastic assortments of Pakistani movies released throughout the year. From light-hearted Rom-coms to spine-chilling murder movies, this year too, the Pakistani entertainment industry is presenting something for everyone. Gone are the days of gandasa culture, the industry is welcoming fresh talents, coming-of-the-age storylines with state-of-the-art production houses to make some of the most amazing films. The revival of Pakistani cinema post-pandemic started off with a bang with Nabeel Qureshi’s Khel Khel Mein and now we’re keeping an eye out for these upcoming Pakistani movies. Here we have curated a list of movies that should be on your bucket list for the year ahead!
Ghabrana Nahi Hai: Saba Qamar And Zahid Ahmed Blazing The Big Screen 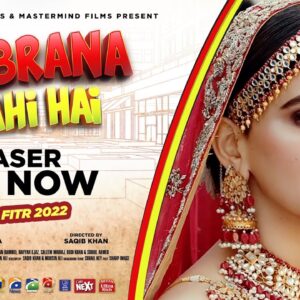 Hear hear! This Eid-Ul-Fitr gets ready to witness the queen of the Pakistan Entertainment industry Saba Qamar setting the big screens on fire after a long hiatus. The trailer that has already been released shows a promising narrative and looks like a tug of war between good and evil. Produced by Hassan Zia and Jameel Baig, Ghabrana Nahi Hai is jam-packed with action, romance, drama, and lots of glamour.
Mahira Khan And Fahad Mustafa Starrer Quaid E Azam Zindabad 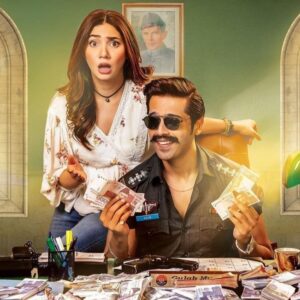 The famous duo Nabeel Qureshi and Fahad Mustafa are yet again coming together to give us a light-hearted entertainer this year. Mahira Khan has been roped in to play the female lead and we must say she looks uber chic in the trailer. Very little has been revealed about the movie plot but one can expect lots of action intermingled with a social issue (remember Load wedding and Na Maloom Afraad). Quaid E Zindabad releases in cinemas on Eid-Ul-Azha 2022 and we can’t wait to watch it on big screens.
Javed Iqbal: The Untold Story Of A Serial Killer 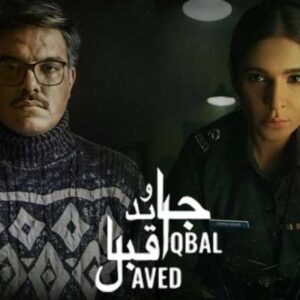 Starring Yasir Hussain as the protagonist and Ayesha Omer as a cop in the lead roles, Javed Iqbal is a highly awaited movie. Outside of the usual genre that we see in Pakistani movies, the movie is based on the true story of serial killer Javed Iqbal who went on to ruthlessly murder 100 children. The movie is all set to release on 28th January 2022 near your cinemas.
Dum Mastam: Debuting Imran Ashraf And Amar Khan 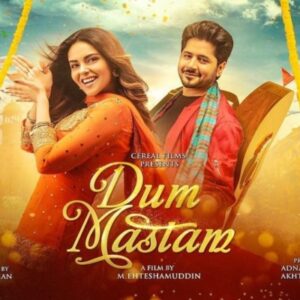 With Dum Mastam, actor Adnan Siddiqi is venturing into production and will be his debut as a producer. Starring Imran Ashraf and Amar in lead roles, it will be their debut in movies as well which is all the more exciting. Amar Khan has also penned the story for the movie. Dum Mastam is a story of love, fun-filled romance with a generous dose of music, as per Adnan Siddiqi’s Insta post. The movie has finally gotten a tentative release date for Eid ul Fitr 2022.
Ishrat Made In China: Action-Packed Comedy Starring Mohib Mirza 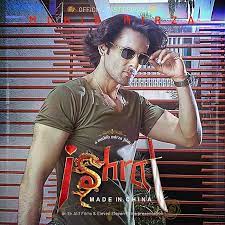 Anyone remembers the cult favourite series Ishrat Baji played by Mohib Mirza? Well if you do, here is a surprise for you. A spin-off from the same character, Mohib Mirza alongside Sanam Saeed is all set to hit big screens real soon. Making his directorial debut as well, Mohib Mirza starrer movie is a fast-paced, dramatic, action movie that has its fair share of romance as well.
Sarmad Khoosat’s Zindagi Tamasha 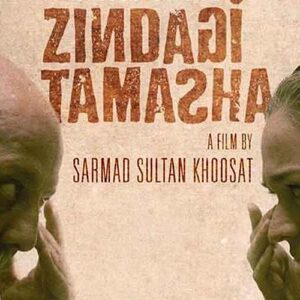 The movie has been facing setbacks since its beginnings due to various religious and political reasons. But finally, the movie will be released in theatres on March 18, 2022. According to the film’s description on YouTube, Zindagi Tamasha is “an intimate portrait of a family as well as a scorching political commentary on the little gods on this earth who police private passions.” BTW the movie has been getting recognition on international platforms and won many awards globally.
From the trailer, the story revolves around a devout whose life goes upside down when his video of dancing at a wedding goes viral. Hoping for a peaceful release for the epic yet a very sensitive movie.
Parde Main Rahne Do 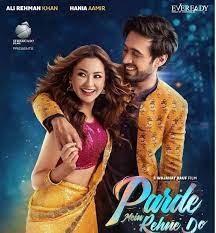 From the trailer, it feels that Hania Aamir and Ali Rahman’s starrer “Parde Main Rahne do” is going to be a complete masala-packed entertainer. Saying it because the teaser itself gave all kinds of eerie, bizarre, funny, and eccentric feelings. “Parde Mein Rehne Do” will be touching a social stigma but other than that it’s challenging to make much of the teaser released. The trailer is getting mixed responses from fans all over the world.

What’s in a wordle? It’s become quite the rage on Twitter