A Call To Spy: Radhika Apte Shines In British Thriller

Move over, Frieda Pinto. Move over, Priyanka Chopra. Radhika Apte has just done what could comfortably be considered as the best female character in a foreign-language film. In this brave and inspirational story of feminine courage, she is cast as the celebrated, half-Indian World War 2 spy, Noor Inaayat, who gets caught in France while spying for Winston Churchill and is eventually shot point-blank. This isn’t a spoiler. It’s destiny. I am happy to inform that Radhika is first-rate in a part that needs no actorial support to exude a sense of nobility. She simply takes over the character and burnishes it with a blend of vulnerability and valour. Yes, the two other leading ladies have more footage. But that doesn’t make Ms Apte any less apt. All three ladies are excellent in conveying the danger that they face with a courage that would make even the most macho men blush. Producer Sarah Megan Thomas, who plays the main protagonist Virginia Hall, spent years researching on Churchill’s female spies who went into Nazi territory unprotected. Stana Katic is first-rate as a spy recruiter with subtle gender issues stalking her at her workplace. 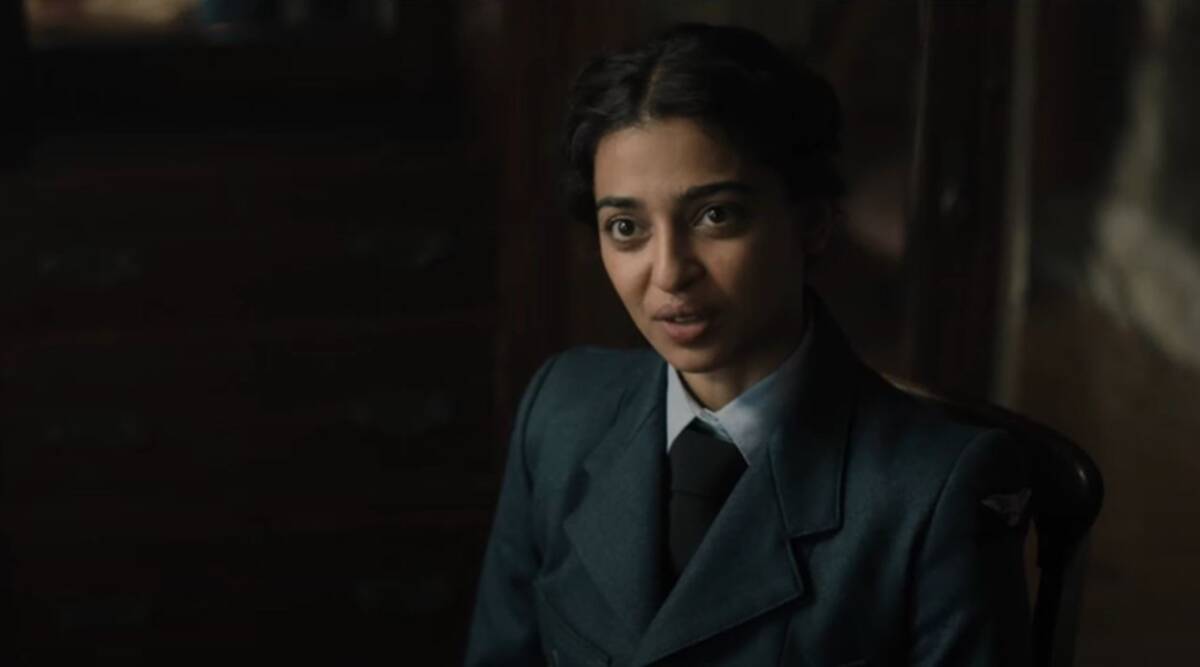 I must admit the men are portrayed as either shadowy or sleazy or both. I didn’t walk away with one memorable male character. All the spies and Nazis were either spineless or sadists. One of them exclaims, “I’d love to throttle the limping Virginia Hall with my bare hands.” The sporadic look of compassionate male attention that came our heroines’ ways were squandered away to the larger cause. This is no country for romance or tenderness.

As Virginia Hall, Thomas rightfully and rightly cast herself in the plummest part. With only one leg and a double dose of doughtiness, Ms Thomas’ character becomes a memorable portrait of fearless femininity un-encroached upon by any creative apprehensions.

The director Lydia Dean Pilcher’s vision is unfettered by the fear of losing the audience. The narrative doesn’t indulge in crowd-pleasing tactics, though some of the more cynical viewers may find the upbeat ending to Virginia Hall’s escape adventure a tad bit unrealistic. But don’t forget: the entire situation recreated in the film is supremely surreal. Women with no experience in espionage thrown into the mouth of Nazi crocodiles and left to their own devices. Noor’s mother’s scream from her house at the end of the film will follow you out of this ruminative film filled with moments of pure cinema. Throughout the two-hour tension-filled storytelling, I kept wondering if Noor will escape her fatal fate. That perhaps destiny can be re-written in cinema. Sadly or gladly, this is not that kind of a film.

Maya Ali is a sight to behold in velvet bridal couture