Famed Turkish drama serial, Diriliş: Ertuğrul, has been creating quite the buzz in Pakistan of late. Ever since the show was aired by a local television channel, a high number of people have been transfixed with the show; giving it the attention and due recognition it quite rightly deserves. Overnight, Pakistanis became fans of not just the show, but of all the Turkish actors who have done a commendable job in depicting what life was like in the Ottoman Empire.

The Turkish stars of the show have gained much momentum and quite the fan following in Pakistan. So much so that both the leading actors, Engin Altan Duzyatan and Esra Bilgic have scored projects with different brands in the country. And now, as the two gear up for their respective projects, another Turkish actor from the show, Cavit Cetin Güner, who is famous for his role as Turgut Alp in the popular drama, has arrived in Pakistan. The renowned actor broke the news on social media. 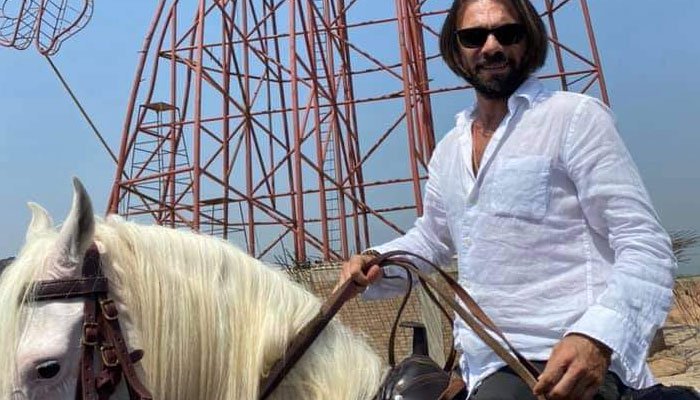 Taking to his Instagram account, the actor shared a picture of his boarding pass in which his destination can be seen as Islamabad. Once the actor touched down at Islamabad Airport, he also shared a video of a small music segment and captioned it, “Good Morning Islamabad.” The actor arrived in the capital city on a two-day visit and during his visit he will meet various important and social figures and also visit a number of spots around the city.

Pakistani fans have been ecstatic since his arrival and expressed much joy at his arrival. “Welcome Pakistan” has started to trend on Twitter and fans are over the moon about his stay in the capital city. After his visit, fans are looking forward to the arrival of the protagonist of the show, Engin Altan Düzyatan, who is scheduled to visit Pakistan from October 9-11. The three-day tour has been named,” Jashn-e-Ertuğrul.”