Earlier this month, the case of the motorway gang rape surfaced and took social media by storm. A woman who was travelling on the Lahore motorway with her children ran out of fuel and was left stranded, after which a gang raped her and robbed her of her belongings. A number of celebrities took to their social media to condemn the attack as well as the trend of rape culture which continues to grow each day in Pakistan. Controversial remarks made by Lahore’s Capital City Police Officer (CCPO) Umar Sheikh then resulted in country-wide protest breaking out with many calling for his removal from the post.

The CCPO came under fire after asserting that the survivor should have taken precautions before setting out on her journey, while adding that she should have taken a different route. “What surprises me is that, being a mother of three (young) children and the only driver (unaccompanied by an adult male), why would she not take the GT Road that has population around it? If nothing else, she should have checked her fuel…,” he said in his remarks to a private TV channel. 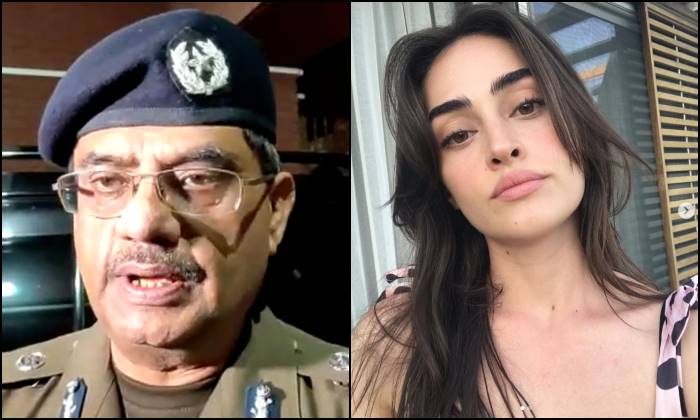 Twitterati, celebrities, socialites and prominent personalities were all enraged with several netizens calling him out for victim-blaming and demanding for his removal from the post. One celebrity who took note of the CCPO’s statement was none other than Diriliş: Ertuğrul’s famed Turkish actor Esra Bilgiç who also called him out for his comments.

The actor, who now has a large following in Pakistan and is an avid user of social media took to her Instagram stories to share her disdain for his insensitive and uncalled for comments. Sharing a picture of the Lahore CCPO, Esra Bilgic shared, “Women can drive alone or with their children. Only thing you need to do is provide security,” she penned. In a second post she went on to say, “You’re okay with gangs’ presence on your roads as a police officer? You think that if a woman chooses those roads to drive, there is a right to rape and kill them?” asked the actor, who came across the incident via a BBC News report. To conclude her statements, the Turkish actor said, “You’re displaying a shocking ignorance of this matter. “Before you advise, you should change your thoughts. It seems impossible,” she concluded. The stories posted on her Instagram have since been deleted and fans are wondering why.

Earlier this month, Pakistani celebrities including the likes of Osman Khalid Butt, Mansha Pasha, Mahira Khan and Mehwish Hayat had echoed similar sentiments. Following the outraged caused by his remarks, Umer Shaikh apologised to those who were offended by his comments. He apologised to the survivor and other from the ‘depth of his heart’.

“I had also earlier apologised for the statement,” the CCPO claimed. “There was no ill intention or motivation behind it.”