“Ghisi Piti Mohabbat” has been written by Fasih Bari Khan and directed by Ahmed Bhatti. The show stars Ramsha Khan, Ali Abbasi, Saba Faisal, Samina Ahmed and others in (rotating) prominent roles. This show has been winning praises from viewers as it manages to keep the audience entertained with its light-hearted presentation while showering viewers with the usual cliches witnessed in dramas, but with a base rooted in reality. The show now picks up with Samia planning her third wedding to Basharat.

Episode 20 focuses on Samia’s (Ramsha Khan) marriage to Basharat (Ali Abbas). Basharat proves himself to be a winner, going to bat for Samia and defending her against everyone from his family to his fiancée. But an interesting angle comes into play here when Batool (Javeria Abbasi) refuses to attend Samia and Basharat’s Nikkah, claiming she has a headache. Basharat is irritated seeing this, but stands firm that he loves Samia more than anything and will not let anyone else stand in his way from marrying her. Samia’s family is also hesitant about the marriage, fighting with Samia over how she has made the decision entirely on her own without their input – but Samia makes it clear that it’s her life and these are her mistakes to make. One can see things from both sides, of course.

There’s a great scene between Batool and Ghazala where, once again, a female is not seen drowning herself in misery. Ghazala is upset over Basharat’s decision to marry Samia, but she makes a clear statement that if Basharat is not interested in her, why shouldn’t she just walk away with grace? Ghazala genuinely loved Basharat and always imagined herself with him, but she understands when she’s no longer wanted and this is an applause-worthy scene. She does make it clear to Batool that she should stop using others to mask her own feelings, which foreshadows what’s to come. 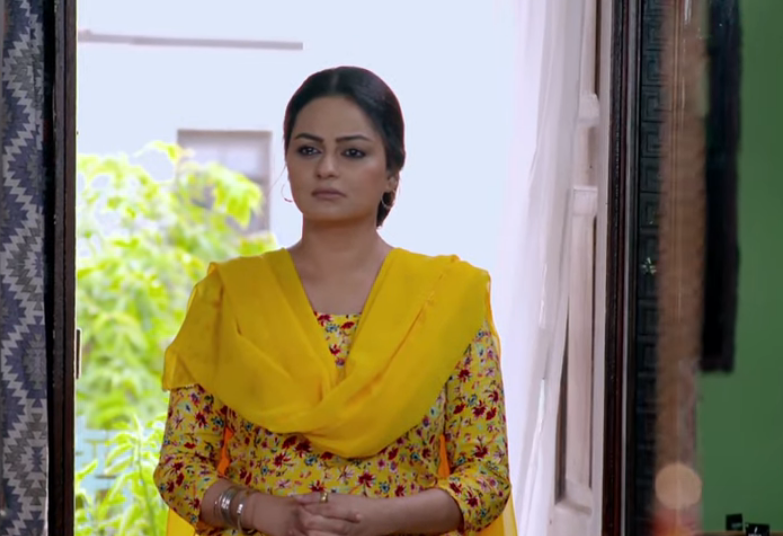 Unfortunately, Samia is greeted with an unwelcome scene when she arrives at her new home with Basharat. Batool is locked in her bedroom, attempting suicide – and while Basharat manages to save her, he utters some very unpalatable, troubling words, stating that if Batool had died, he would have killed himself as well. Batool tells Basharat that she was scared that Basharat would stop supporting her and her children, worried for their secure future – and while this is understandable, it’s also becoming clear that Batool and Basharat’s relationship is complicated and will be a huge problem for Samia. Relationships are complex and despite Basharat saying he loves Samia completely (and is also standing by his words), he has a deep emotional attachment to Batool – and vice versa – and such emotions can sometimes manifest themselves into unexpected relationships.

Coming to Asmara (Aliha Chaudhry) and Shoaib (Abul Hassan), Asmara has returned back home and spends her time with her darling Rubina. And now that Shoaib is taking care of his hygiene and Asmara has realized she does care for him, she attempts to fix their relationship. But at times, it’s simply too late and Shoaib has already gotten the divorce papers prepared. Asmara is an immature character and she has treated her marriage as a joke, keeping silent when she should speak and then speaking when she should’ve stayed silent – and then leaving when she should have tried to rectify things through a logical solution! Shoaib has now, courtesy Asmara’s behavior, become obsessive over his “smell,” constantly worried about it, fixated on whether he smells and whether others are judging him. His self esteem is low and he no longer believes he’s worthy of not only Asmara, but anyone. It has become a mental block for him and it will be difficult to reverse the harm. While initially one did sympathize with Asmara, the way she handled the entire situation has been atrocious and, quite honestly, she has proved to be a terrible partner. Viewer sympathy now lies entirely with Shoaib!

This episode sets the ball rolling with Samia’s new marriage and the problems she will now have to face. Ramsha Khan performs very well in this episode, but Javeria Abbasi and Ali Abbas manage to steal the show with Batool’s insecurities. The preview shows that something will happen to Salman, Basharat’s nephew. Will this cause Basharat and Batool to come closer? Will Basharat feel the need to marry his Bhabi in her moment of grief? Will this be the end of Samia’s third marriage or is this something she will be willing to take on? She certainly didn’t put up with it with Rizwan! We will have to wait and see!

Unpaused Gives Us Reason To Be Thankful For Lockdown