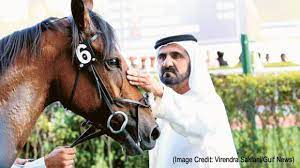 H.H Sheikh Mohammed bin Rashid Al Maktoum is the champion of the people in truest of meaning.  A visionary who has dreamt endlessly and work tirelessly to turn the UAE grow from a quiet colonial backwater to Middle East’s financial powerhouse. Today, His Highness Shaikh Mohammad Bin Rashid Al Maktoum, vice-president and prime minister of the UAE and Ruler of Dubai, turned 72 years old.  Under this leadership of over a decade now, The UAE has become a regional economic giant but also on every tourist bucket list, all thanks to his exceptional and phenomenal leadership.

While a lot has been written about his immense contribution to Sheikh Mohammad and the Emirate of Dubai. Today let’s talk about 5 things he is passionate about in his life.

H.H passion for poetry is deep-rooted which dates back to his school-going days and intensified as time passed. He initially started his passion by writing Nabati poetry (a form very dear to him). Genuinely wanting people’s admiration, he under the garb of different fictitious names like Saleet and Nedawi, would write poetry in the newspaper.  This lifelong love affair with poetry allowed him to express his sensitive as well as creative side. His book Qissati, which narrates 50 stories in his 50 years of serving the nation, is one of the finest. 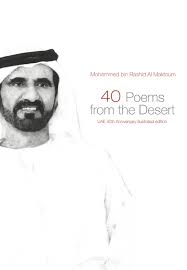 Saying that the emir of Dubai loves horses, is an understatement. He is the most enthusiastic and knowledgeable equestrian that the world has witnessed and equestrianism is his true sporting passion. In 1996, Mohammed brought his love of horse racing to Dubai launching the Dubai World Cup. In 1994, he founded Godolphin, A leading Horse Racing stable.  He’s also an excellent rider: at the age of 63, Sheikh Mohammed himself won the 2012 World Endurance Championship over a 160km course.

His Passion For Serving The Underprivileged 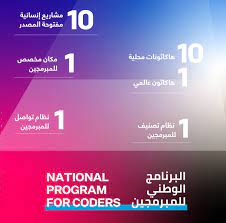 He is known as a People person for nothing. He truly feels for them and has a special heart for underprivileged people. A true philanthropist, he places humanitarian services at the top of his priorities. Sheikh Mohammed instituted several foundations and awards that are philanthropic but also aim at uplifting the lives of the people locally and regionally. The Mohammed Bin Rashid Global Initiatives, a charitable foundation, founded in 2015, had merged the work of 33 charitable groups. Their initiatives have helped over 40 million people in 99 countries.

Eid Ul Adha 2021: Contact-Free Gift Ideas For Your Loved Ones Amidst Covid-19

His Passion For Promoting Innovation In UAE:

Right now, H.H Shaikh Mohammad Bin Rashid Al Maktoum is awarding 100,000 Golden visas on offer for World’s best coders under the National Programme For Coding. The national scheme has been launched in collaboration with Google, Microsoft, Amazon, Cisco, IBM, HPE, LinkedIn, Nvidia, and Facebook and is ready to offer a financing option to coders and entrepreneurs.

“We want them to be at the heart of this future. The National Programme for Coders aims to engage the local digital communities in the digital transformation of the UAE. It further highlights the UAE’s leading role in designing the future, embracing talents, entrepreneurs, academics, startups, global companies, and future investments globally,” Sheikh Mohammed said.

Last but not the least, Happy Birthday From The Brown Identity!

Eid Ul Adha 2021: Contact-Free Gift Ideas For Your Loved Ones Amidst Covid-19