Actor Mikaal Zulfiqar has fast climbed the ladder of success. His notable works include Durr-e-Shahwar, Sangat, Shehr-e-Zaat, Muhabat Subh Ka Sitara Hai, Ruswai and Alif Allah Aur Insaan among others. Having belted out several hit performances in his career, some of his TV serials have gone on air multiple times since their release. Taking to his Instagram account, Zulfiqar weighed in on drama reruns, stating that broadcasters should pay actors for the same. “If only we got paid for reruns,” he said, “We would never have to work another day in life.” 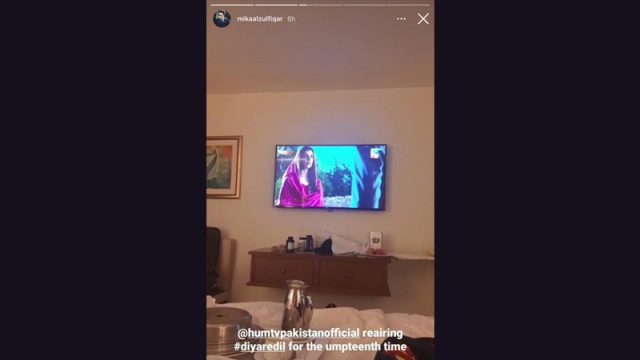 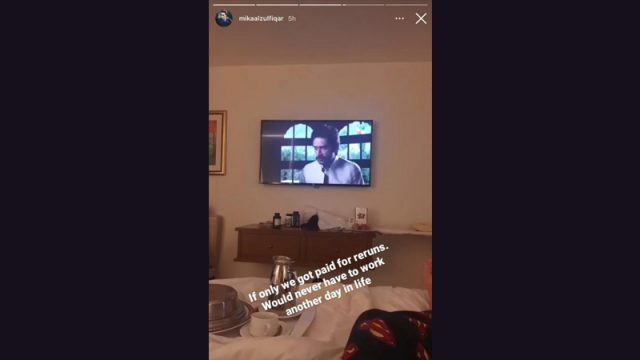 On Sunday, the actor posted a photo of his 2015 drama Diyar e Dil being rerun on HUM TV. “HUM TV is airing Diyar e Dil for the umpteenth time,” he wrote. “It’s a valid point. Actors should get paid for reruns. It’s unfair. Start a movement!”

Actor Yasir Hussain stood up for Zulfiqar and thanked him for speaking out on the issue – something which many actors feel but don’t talk about. “Thank God a senior actor talked about it,” Yasir wrote. “Mikaal, you have rocked it.” Meanwhile, Several TV actors have come forward and spoken about the issue of unpaid salaries in the Pakistani entertainment industry. Among them is veteran actor Naumaan Ijaz, who recently confessed in an interview that two private channels are yet to pay him Rs65 million for projects he worked on. “I’m sorry, but we artists are working like donkeys nowadays,” said Ijaz, lashing out at broadcasters for not releasing payments on time.