Pakistan Independence Day: 7 Patriotic Films That Are A Must-Watch For Everyone

The cinema industry is a humongous one, be it Hollywood, Bollywood or Lollywood. Pakistani filmmakers have belted out a countless number of films since the country came into being on August 14, 1947. While some turned out to be big block busters, others bombed at the box office but one thing that has always remained constant is the eagerness of the Pakistani audience to applaud and promote local talent. There is no better and prouder feeling in this world than to watch our directors produce masterpieces for the big screen and see our actors reach unparalleled heights through their hard work. On the occasion of Pakistan Independence Day, we take a look at some of the finest films to have been released. Hands down, we can watch them over and over again! 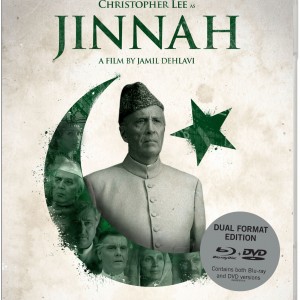 From the direction to acting, watching it makes one feel like they are living through the Partition era again. The 1998 Pakistani–British epic biographical film  follows the life of the founder of Pakistan, Muhammad Ali Jinnah. It was directed by Jamil Dehlavi and co-written by him and Akbar S. Ahmed. It stars Christopher Lee in the lead role as Jinnah. The film received an overwhelmingly positive response in Pakistan, with the foreign actor speaking highly of his character too. “The most important film I made, in terms of its subject and the great responsibility I had as an actor was a film I did about the founder of Pakistan, called Jinnah,” Lee said once, adding, “It had the best reviews I’ve ever had in my entire career—as a film and as a performance.” The movie unravels Jinnah’s demand for a separate homeland to Lord Mountbatten and the struggles that came with it, his appointment as the first Governer General of Pakistan and the wars that followed. All in all, it is a must-watch and one of the best historical works till date. 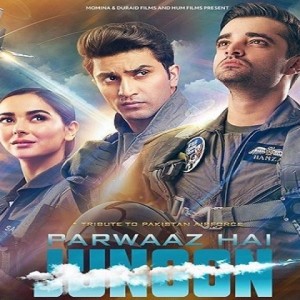 This 2018 Pakistani aerial combat–war romantic film features a star-studded cast of actors Hamza Ali Abbasi, Ahad Raza Mir, Shaz Khan, Hania Amir, Kubra Khan, Alamdar Khan, Marina Khan, Shamoon Abbasi and Adnan Jaffar among others. The film is a tribute to the Pakistan Air Force. The film centres on the personal as well as professional lives of cadets, depicting the hardcore training they undergo to fight for their country. The Shuja Haider number Main Urra is picturized on Abbasi, Shaz Khan and Mir as they fight the enemy in full force and passion in the name of Pakistan. Give the song a listen and you will surely feel a patriotic rush! 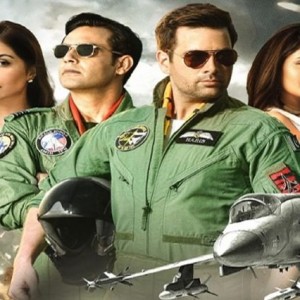 The Azfar Jafri directorial was released in 2019. The action film surely has its heart in the right place, featuring an ensemble cast of actors Mikaal Zulfiqar, Hassan Niazi, Armeena Rana Khan and Sabeeka Imam. This film too revolves around the Pakistan Air Force but tells a completely different story than Parwaaz Hai Junoon. The film opens during the year 1965, where two Pakistani F-86 Sabre fighters are doing a Combat Air Patrol. Squadron Leader Sikandar and his wingman spot three Indian Folland Gnat fighters flying in Pakistani airspace. The PAF planes engage the Indian Air Force fighters. Sikandar heroically gives up his life and crashes his plane into the final enemy jet. As Haris Mustafa (Mikaal Zulfiqar) dreams of becoming a fighter pilot and carry on his grandfather Sikandar’s legacy along with one of his friend’s Fawad, his parents disapprove of his career choice. What happens next, you must watch the movie to find out! 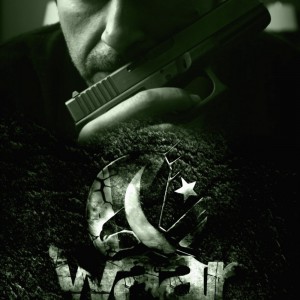 A 2013 Pakistani action-thriller film directed by Bilal Lashari, the film features Shaan Shahid, Meesha Shafi, Ali Azmat, Shamoon Abbasi, Ayesha Khan, Suhaib Rana and Kamran Lashari. It focuses on a retired Pakistani officer and his efforts to conduct a war on terror on state-sponsored terror groups, which resulted in warfare among tribal units in North-West Pakistan. One incident included a terrorist attack on a Police Academy at Lahore in 2009. The film is shot in Pakistan and Italy. Shaan was appreciated for his performance. 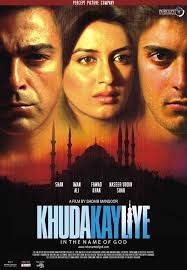 Even if you have seen this film, we’re sure you wouldn’t mind watching it again! This 2007 drama film is directed by Shoaib Manzoor and stars Shaan Shahid, Fawad Khan and Iman Ali in pivotal roles, with a cameo appearance by Naseeruddin Shah. The film follows Mansoor and Sarmad (played by Shaan and Khan, respectively), both artists whose lives change after the events of 9/11. The film won multiple awards and was also screened at several international festivals. It not only slammed stereotypes regarding the teachings of Islam and Pakistani culture but also highlighted the brutalities faced by Muslims following the attacks on September 11, 2001. 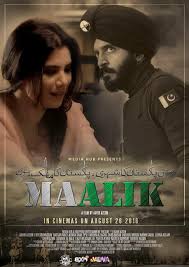 Ashir Azeem’s political thriller is based on the several political conflicts that have plagued our country since 1947. Maalik tells the story of a former special services commando hired to protect a corrupt feudal lord who has risen to become chief minister. It centres on the SSG officer’s anti-corruption crusade and featured a prominent cast of actors Ashir Azeem, Farhan Aly Agha, Sajid Hassan, Ehteshamuddin and Hassan Niazi. The movie is the only Pakistani film to be banned by the Federal Govt after being cleared by all censor boards. 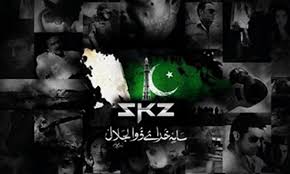 This 2016 Pakistani action war film explores Pakistan‘s history, beginning from its Independence in 1947. The film is directed by Umair Fazli and written by Tauseef Razaque and Inam Qureshi. The cast includes Javed Sheikh, Firdous Jamal, Moammar Rana, Rachel Gill, Sohail Sameer, Arbaaz Khan, Kamran Mujahid, Asad Malik, Rambo, Nayyar Ejaz, Shafqat Cheema, Noor Bukhari, Umar Cheema and Nimra Khan in lead roles. It is a story of Pakistani heroes of the nation during the war of 1965, what Pakistan was supposed to be and what it is today and the hardships that came with the creation of the country. It takes the audience through a period of history that has been forgotten.