ARY is preparing for their new slate of shows to go on air, most likely launching post Ramadan.  With three new shows announced with the promos already on air, there are several new options to choose from, all with impressive star casts. Let’s discuss these upcoming shows! 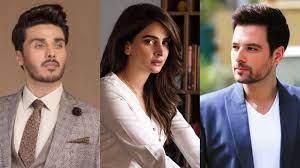 “Fraud” is a new launch on ARY starring Saba Qamar, who has not been seen on Pakistani television since “Cheekh” in 2019. She was recently seen in Zee5’s “Mr. And Mrs. Shamim,” which earned rave reviews from those able to watch it.  Written by Zanjabeel Asim and directed by Saqib Khan, the drama also stars Ahsan Khan and Mekaal Zulfiqar in lead roles. The three were last seen together in Sarmad Khoosat’s “Paani Jaisa Piyar” in 2011. Not much is known about the story just yet, though Saqib Khan’s last directorial , “Gul O Gulzar,” was directed nicely. This one could be promising! 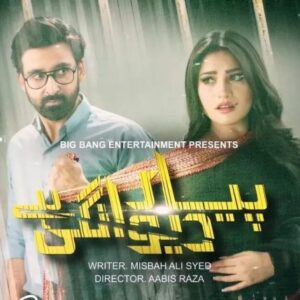 Sami Khan and Neelam Muneer were last seen together in Geo’s “Mohabbat Dagh Ki Soorat,” which ended in February 2022. They are being paired together once again in ARY’s “Pyar Deewangi Hai,” set to launch soon. “Pyar Deewangi Hai” has been written by Misbah Ali Syed and directed by Aabis Raza. The first promo shows Neelam Muneer happy with her husband, played by Shuja Asad, while the second promo shows her in handcuffs in a courtroom, accused of his murder. In both promos, Sami Khan is seen towards the end with an intense, almost scary expression on his face.  Described as a tale of obsession, will we see Sami Khan’s character as an obsessive lover  ripping Neelam’s world apart in his attempts to get her? This will be exciting to watch if handled well – though the promos have been shot in a melodramatic style typical of Geo. 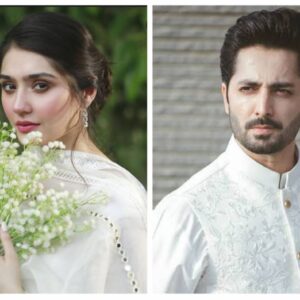 The third launch is an exciting one. Initially titled “Ishq E Junoon,” this drama has been renamed “Kaisi Teri Khudgarzi.” Along with Danish Taimoor and Durr e Fishan in lead roles, the cast also includes Nauman Ejaz, Atiqa Odho and Shahood Alvi. The story has been written by Radian Shah, directed by Ahmed Bhatti and is being produced by iDream Entertainment. Described as a “very tragic love story” by its female lead, the story is still not clear. From the bits we have seen in the promos, it appears Danish Taimoor plays the son of a politician (Nauman Ejaz) who falls in love with a girl against his father’s wishes. While the story does not sound that impressive, the team is impressive and that’s what makes this a show to look forward to.

Which of the three shows are you most looking forward to?

The Finale of “Baddua” Is Regressive And Predictable