We can’t believe it’s already been a year since the Duke and Duchess of Cambridge visited Pakistan, marking their first-ever visit to the country. To mark a year of their visit, the British royal couple has reunited with Pakistani students from a Lahore school to clock the first anniversary of the trip.

As part of the virtual meet, Kate Middleton and Prince William played a game of Pictionary with the students and guessed correctly the drawings of a birthday party, recycling and cricket. Prince William also joked that he was glad it was the children having to do the artwork instead of him. A video was released by the official royal social media account which showed the duke and duchess going on the call with the Islamabad Model College for Girls and the SOS Children’s Village in Lahore.

The royal couple inquired about how the schooling system and the school’s activities had been affected by the ongoing Coronavirus pandemic. Kate and William also spoke to the school staff as well as the children, most of whom they interacted with last October during the trip. During the visit, Prince William was also shown a picture made by a young boy called Ahmad Ghani of himself and the prince playing cricket together. 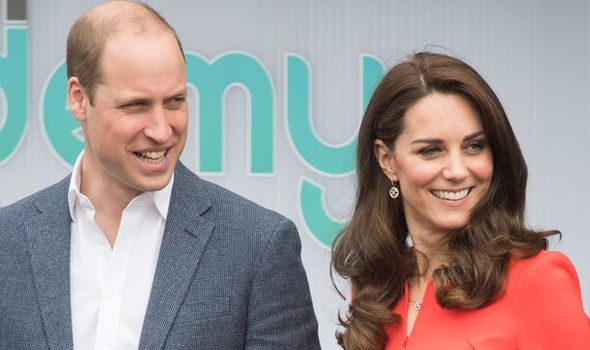 They were also shown friendship bracelets made by a young girl called Minahil Kabeer. “Thank you! We kept our friendship bracelets very safe, so thank you for those. They’re a lovely reminder of our visit when we came to see you.” Minahil then asked how the three Royal grand-children are doing and Kate replied, “They’re so well. Thank you for asking.” Chatting with the children about how the pandemic has affected them, Kate MIddleton questioned, “Has it been hard not having visitors and things like that, coming in?” Ahmad told the couple he has missed his grandmother.

The session was not all fun and games as the royal couple also heard about how there is now more focus on mental health as compared to when they visited last year. William asked Mrs Faisal, “Has anything changed on the mental health front in terms of being a bit more acknowledged or recognised in the country since we were there?” She said, “Absolutely. Covid has shifted… it’s changed the world; it’s a new normal now and definitely, mental health has now become a big focus in everybody’s lives because of this virus and this disease.”

During the royal tour, William and Kate visited the SOS village twice where they took part in different activities, including a game of cricket, arts and crafts and a birthday party for one of the children supported by the Village. The tour to Pakistan aimed to strengthen ties between the UK and Pakistan, amid political uncertainty and security concerns.

This video is the most-watched in the history of YouTube