Sanam Jung’s Pyari Mona Shows How Not To Deal With Body Image Issues
Pyari Mona’s teaser is out now and fans are glad Sanam Jung took up the sensitive topic of body shaming.
After her brilliant antagonist role as Maya in the drama serial Qarar, we will be seeing actor Sanam Jung in a completely different avatar this time. The actor is all set to play a plus-sized woman in the upcoming drama serial Pyari Mona. Pyari Mona deals with an extremely sensitive topic of Body-image and how one should deal with it without feeling any guilt. At one point in time, every woman has faced such uninvited comments like “kitni moti hogai ho” to “kitna put on kar lia hai?” regarding their body and how it has affected them in more ways than one. This drama will call out these vain and superficial standards of beauty according to actor Sanam Jung. 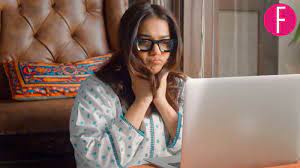 Playing the titular role of Mona, the first teaser introduces us to Jung’s character who is goofy, fun, and confident. Mona loves food and doesn’t consider herself to be ‘fat’ but she prefers the term ‘healthy’. We also see Adeel Hussain and Muhammad Hunbal in lead characters alongside Sanam Jung. We see Muhammad Hunbal in a goofy role after his very similar role in the drama serial Wabaal and Sang E MAh. He tends to like Maya but she isn’t very serious about his
On why she chose to play Maya, Sanam Jung wrote on her Instagram handle “Playing Pyari Mona was quite challenging not only as an actor but also because our industry has very stringent standards of how a woman should look, especially when she’s the lead. 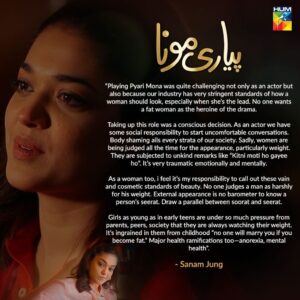 Taking up this role was a conscious decision. As an actor, we have some social responsibility to start uncomfortable conversations. Body shaming ails every stratum of our society. Sadly, women are being judged all the time for their appearance, particularly weight. They are subjected to unkind remarks like “Kitni moti ho gayee ho”. It’s very traumatic emotionally and mentally.
As a woman too, i feel it’s my responsibility to call out these vain and cosmetic standards of beauty. No one judges a man as harshly for his weight. External appearance is no barometer to know a person’s seerat. Draw a parallel between soorat and seerat. 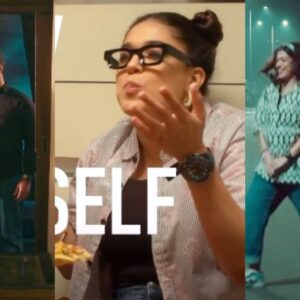 Girls as young as in early teens are under so much pressure from parents, peers, and society that they are always watching their weight. It’s ingrained in them from childhood “no one will marry you if you become fat.” Major health ramifications too—anorexia, mental health.
The idea is to make the subject of body shaming, a mainstream conversation. People should be made aware of how people who don’t fit in the pre-established norms of appearances, suffer and why it’s important to not be judgmental. “My body, my wish.”
Now the real question is, will she wade through and take a stand for herself and all others in her position? Watch Pyari Mona to find out!

Wehshi Episode 24: Komal Meer’s Sobia Is Surprisingly Manipulative As She Leads On 3 Men