“When I cast Sushant as a dying hero in Dil Bechara, I had no idea what cruel irony destiny had in store,” says casting director-turned-filmmaker Mukesh Chhabra, who watched Sushant Singh Rajput’s posthumous film on Friday evening with his parents, along with the rest of the world. “My father and mother cried during the film. As for me, I was sobbing throughout. I still can’t believe Sushant is not with me to share this important moment in my life.” Sushant couldn’t see the complete film. “But he did see the film during dubbing. After that the lockdown happened. We were waiting for the situation to normalize. But God had other plans,” sighs Mukesh.

He adds he wanted to bring in Sushant’s real personality into his character. “He had a lot of charm. He was highly influenced by Shah Rukh Khan. I have brought in this element by making him do the iconic Dilwale Dulhaniya Le Jayenge train sequence and also Shah Rukh’s signature posture with his hands stretched out in Paris. I wanted to capture Sushant’s zest for life, learning and travelling.” 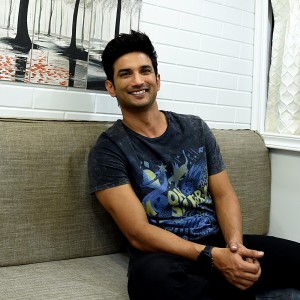 Sushant’s dying sequences are unbearably poignant. “When I was directing the film, those scenes had a different relevance. Now when I look back at the sequences where his character Manny is preparing to die, asking his best friend if he will miss him, I feel it’s eerie. We never thought we were doing a film that would prove so painfully prophetic.”

Will Dil Bechara Live Up To Sushant’s Fans’ Expectations?

The ominous fact that Sushant has died in most of his films has not escaped Mukesh. “I should know, I was the casting director in some of those films. I don’t what it was about Sushant and death. But they went hand-in-hand till his last film.” Mukesh mentions Sushant’s fans have gone berserk with their emotional outpourings. “I’m overwhelmed by the response to the film. I have been reading all the messages that poured in since the premiere on Friday evening. I went to sleep at 6 am on Saturday morning. I hope Sushant is watching the love that’s pouring in,” he concludes.

'I have a joke' Memes Take Over Twitter And Social Media Users Cannot Get Enough Of It!