The UAE Ranks First For Women’s Community safety, According To A New Survey.
According to the latest survey by Georgetown University, UAE is the safest country for women.
Woo hooo!! Yet another reason to celebrate and yet another feat to be happy about.  According to a recent survey conducted by Georgetown University, Women Feel Sense of Security the Most In the UAE. The barometers on which the survey was conducted to measure data were measure women’s inclusion, justice, and security in 170 countries. More Than Men, Women Feel Safer In This Part Of The World And We Couldn’t Be More Surprised: UAE has secured 27th place out of 170 countries to be the safest for women.  While it stood first among all the countries in “community safety” followed by Singapore. Singapore came in second at 96.9 percent while Afghanistan ranked the lowest in the survey. The UAE also shows gradual progress e.g. climbed to 24 from 43 in 2017.
Researchers were of the view that measuring this safety perception was critical to a woman’s mobility and influenced her ability to look for opportunities outside the home. A Total of 98.5% Of the Women Surveyed, Aged 15 and Above, And Confirmed they Feel ‘Safe Walking Alone at Night In the City or Area Where They Live’
Earlier this year the global finance survey concluded UAE to be the second safest country for its citizens. This technically means a bunch of girls can easily go out at night without worrying a lot about safety. Dubai is one of those cities that respects women. We all unanimously agree it is not just a business hub with jaw-dropping skyscrapers that are immersed in luxury, it is much more than that. The UAE pulls people from all over the world because of one reason and that is its security.
The Surveyed Was Meant To Observe How Lasting Peace Is Possible:
The crime index score according to the Numbeo index is 15.5 which is zilch (crime levels lower than 20 are very low). Not just that UAE was ranked as the safest country in the world as 96% of the citizen feel safe walking outside at night as per the official survey. Despite the emirate’s rapid expansion, the UAE police are proactively working to prevent crimes against women that affect the UAE, such as cybercrimes and drugs. 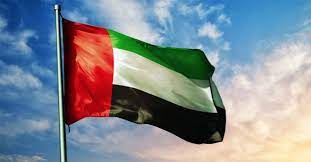 For women, the UAE is practically crime and violent free which is also evident from the conducted survey. Not just that UAE, women have better access to jobs and recently UAE was also among 16 countries where the representation of women in parliament increased by at least 10 percent. Women’s parliamentary representation still averages only about one in four globally.