The Underrated and Neglected “Mor Moharan” Ends In a Bittersweet Manner

“Mor Moharan” has been airing rather quietly on TV One for the past several months.  Starring Zahid Ahmed, Sonya Hussyn, Samiya Mumtaz, Babar Ali, Mustafa Changazi, Adnan Jaffar and Firdous Jamal, the story has been written by Ali Moeen and directed by Owais Khan.  From the start, it has been clear that “Mor Moharan” does not follow a tried and tested path.  Rather, the team has attempted to make something starkly different, a show that focuses on the issues faced by the residents of Cholistan – not only environmentally, but also culturally.  The show’s presentation has even included song and dance sequences in stage play format.  While “Mor Moharan” hasn’t been perfect, the show can certainly claim to have been unique throughout its  run. 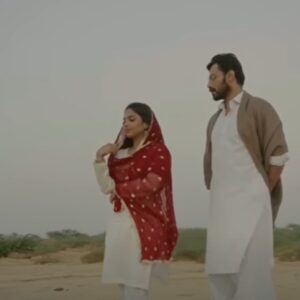 In the finale, Sikandar (Mustafa Changezi) finally snaps and kidnaps Roohi (Sonya Hussyn) to forcibly marry her.  Of course, these ideas have been put int his head by Feroze (Adnan Jaffar), a man who is using his own son against his enemies.  Does Feroze really care about Sikandar at all?  With his behavior in this episode, the answer is clear – no.  Gardezi (Zahid Ahmed), Almas (Samiya Mumtaz), Sher Alam (Babar Ali) and so forth all gather to “rescue” Roohi from the out-of-control Sikandar – but what ensues is tragedy.  When Feroze fires at Almas, Sikandar jumps in the line of fire and dies in the process.  After losing her son, Almas falls ill and passes away shortly after, leaving her fortune divided between Sher Alam, her loyal confidant, and Roohi.  She gives Roohi and Gardezi’s marriage her blessing.  Of course, Gardezi and Roohi fall in love and live happily ever after. 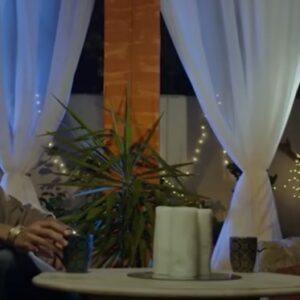 If we’re truly honest, it’s Zahid Ahmed and Sonya Hussyn’s angle as Roohi and Gardezi that kept the story going, their love story keeping viewers hooked.  And yet, its their love story which has been the most neglected in the entire show, most of the screen time going to Almas, Sikandar and Feroze’s looney antics.  However irritating they may have been, it’s difficult not to feel sad for Sikandar’s outcome.  Sikandar was raised by the absolute worst parent, a man who used his own son for his own selfish means.  Sikandar was not a good person – but wasn’t Sikandar just a victim of bad parenting himself?  Gardezi is the highlight of the show and has been from the beginning, Zahid Ahmed’s performance winning the audience over with Gardezi’s strong presence and quiet dignity.  Zahid Ahmed and Sonya Hussyn are a pair that could be repeated 10 more times in 10 different shows and their pairing will still remain fresh.  Can we get another full-fledged love story between the two please?  Babar Ali and Samiya Mumtaz have also been great in their roles, but their roles could have been better written with the scope their story had. 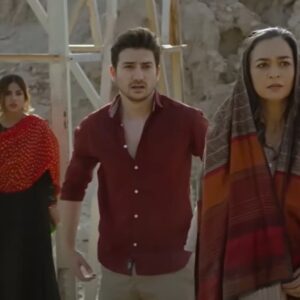 Overall, “Mor Morharan” has been an enjoyable watch.  It has not had the sort of pull that mainstream Pakistani dramas have, but it has offered something different for viewers and given audiences an insight to an area they may not have known much about.  “Mor Moharan” could have been a stronger show overall had it not fixated so heavily on Feroze and Sikandar’s antics, but regardless, it has been a drama worth watching.

Saba Qamar, Mikaal Zulfiqar Shine In the “Fraud” Finale – Which Wraps Up Too Neatly