Esra Bilgic, known and loved for portraying a lead role in the Turkish television series, Dirilis: Ertugrul has gained much popularity and fame in recent times. The Pakistani community especially has fallen head over heels with the actress and we don’t blame them. Not only is she charming on screen and off, but she is also a natural beauty, with an intriguing Instagram feed that we have been obsessing over for the past few weeks.

It is also noteworthy to make mention of her casual yet chic and elegant style. She’s effortless, she’s stunning and she has a great sense of style. And after weeks of scrolling through her Instagram, we’ve rounded up three times the starlet made a major fashion statement in three of our favourite looks. While we’re used to seeing Esra in her traditional Turkish attire as she played the titular role of Halime Sultan, seeing her in this power suit was a treat to the eye. For a shoot last year in May, Esra was clad in a gorgeous power suit in the perfect shade of red. The power suit, by Trukish brand Sorbe, featured a pair of cropped pants and a matching blazer. The blazer featured satin lapels and pockets which she buttoned up to reveal just a part of her black bralette. She took the unconventional route and teamed her power suit with a pair of Vans and opted for a wet look for her hair. She completed the look with smokey sultry eyes and a nude pout. We love this look! 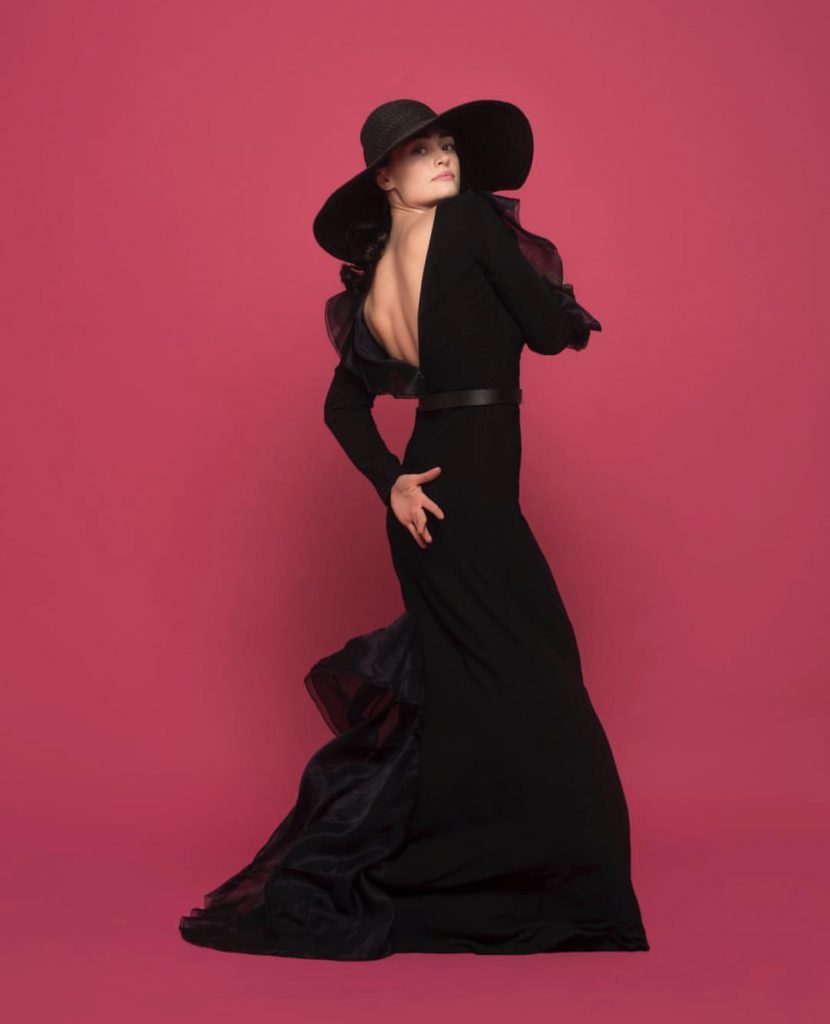 There’s always something so charming in an all black outfit. Esra Bilgic shared some pictures of herself in a stunning black dress which we think was a major fashion moment. The dress featured a rather low back and her waist was accentuated with a wide belt. The dress also featured some organza detailing along the back, on the neck and sleeves which made for the perfect finishing to the dress. Esra rounded off her look with a large brimmed felt hat and a completely natural makeup look. Tres chic! We’re loving the business casual look these days and Esra Bilgic has certainly nailed the look. Sat on a quirky cool blue stool, Esra is clad in a pair of ripped jeans, teamed with a crisp white shirt tucked in. To add the business chic factor, Esra throws on a pin striped blazer and adds a pop of colour to her look with a pair of pink pointed heels. Rounding off her look with her natural hair and some statement earrings, Esra sure knows how to rock business casual!