Hania Aamir, Wahaj Ali’S Upcoming Drama Serial Mujhe Pyar Hua Tha Teaser Out Now
Besides Hania Aamir and Wahaj Ali, Zaviyar Nauman will be essaying the lead role.
Brace yourself for an enchanting love story hitting your television screens real soon. The first teaser of the upcoming drama serial Mujhe Pyar Huwa Tha is out now. The drama serial stars Hania Aamir, Wahaj Ali, and Zaviyar Nauman in a love triangle of sorts. The details about the storyline are yet to be revealed but the first teaser is enough to create quite a stir. Last, we have seen Hania Aamir’s superb performance in the drama serial Mere Humsafar alongside Farhan Saeed, Wahaj Ali’s brilliant performance in Jo Bicharh Gaye, and Zaviyar Nauman in the ongoing drama serial Bakhtawar alongside Yumna Zaidi. 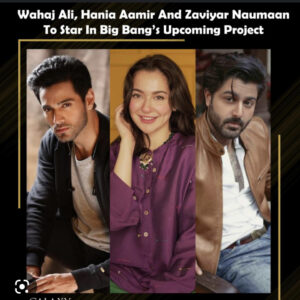 The upcoming drama serial Mujhe Pyar Hua Tha is directed by Cheekh famed director Badar Mahmood while the writer is Sidra Seher Imran. Mujhe Pyar Huwa Tha will be an ARY digital representation under the Big Bang Theory production house. Earlier the drama was named Meri Zindagi Hai Tu which was later changed to Mujhe Pyar Hua Tha. The OST sung by Kaifi Khalil is already quite famous among his fans and the inclusion of OST has managed to grab attention enough already. 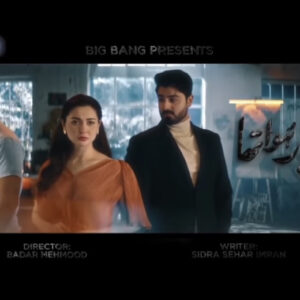 The first teaser shows Wahaj Ali And Hania Aamir falling head over heels for each other and having the best days of their life. The teaser shows Wahaj Ali engrossed in Sketching her love interest Hania Amir’s portraits all while reminiscing the good times spent with her. The scene immediately switches to Hania Aamir getting hitched with third lead Zaviyar Naumaan while leaving Wahaj Ali behind. In his angst and rage, Wahaj burns all the portraits made for his love as she moves on with Zaviyaar Nauman to lead her marital life. 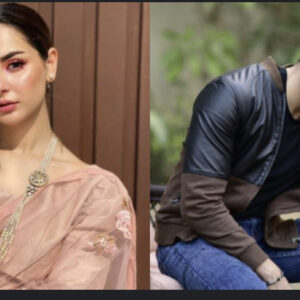 Fans are quite thrilled about the drama serial as well. Some are anticipating it to be the blockbuster of the year 2023. Others are loving the fresh lead pair Wahaj Ali and Hania Aamir and think they would look adorable together. Fans are super excited to see Wahaj Ali after the period drama serial Jo Bicharh Gaye and now anxiously waiting for his powerful performance yet again.
Watch the teaser here:
https://www.youtube.com/watch?v=bLPUEXTIRI4&ab_channel=ARYDigitalHD