Former power couple Johnny Depp and Amber Heard are not afraid of washing their dirty linen in public. In fact, the blame-game between the exes is still going strong as they recently came face-to-face at London’s High Court. The duo met on the sets of the 2011 comedy The Rum Diary and tied the knot in Los Angeles on February 2015. Their union took a bitter turn after two years and the pair eventually filed for divorce in 2017. During the hearing, the Pirates of the Caribbean star, one by one, addressed all the allegations levelled against him by Heard and the obstacles that came with their rather toxic, short-lived marriage.

Depp started off by claiming that when he and Heard were together, “all hell would break loose” if he did not follow her “rules”. He blamed her for being too dominating and always wanting her way when it came to making big or small decisions.

Lashing out at his ex-wife, the 57-year-old Hollywood A-lister mentioned she was always hungry for his attention. Speaking about their time as husband and wife, Depp told the court it was “normal” for the couple to have dinner in front of the television, and to lie or sit on the couch together. “But on occasion, out of nowhere, if my hand wasn’t holding Heard’s hand or I didn’t have my arm around her or whatever, she would reach over and grab my hand and put it on her thigh, so that I was then feeding the attention that she wanted,” he said, adding, “It was almost as if there were rules, she has a routine and if that routine isn’t met to her standards then there was going to be a problem.” 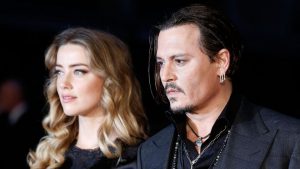 Depp and Heard never seemed to have a mutual understanding. According to him, they were never on the same page. Depp recalled the time he turned up late to Heard’s 30th birthday party in 2016 after receiving bad news about his finances. He later hit the sack “to avoid any confrontation” with Heard before she displayed any form of “rage”. However, according to Heard’s legal team, Depp never went to bed and instead instigated an argument with her. Heard’s team alleged Depp grabbed her by her hair and pushed her onto the bed adding “when she tried to leave, you blocked the bedroom door and you tried to grab her hair”. The barrister suggested Depp then “pushed her to the ground” and “bumped her chest” before leaving a reportedly abusive birthday message and eventually exiting the penthouse apartment.

In an attempt to defend himself, Depp mentioned he was “very distressed” about the news of his finances and “the last thing you wanted to be told was that you were a disappointment to your wife”. He said, “I believe that’s the last thing any husband would want to hear.” 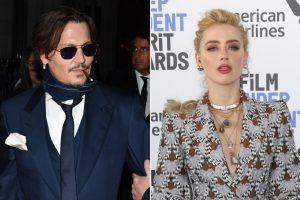 Domestic abuse seems to have played a major part in their fall-out. Heard also claimed that he once threw a magnum of champagne at her when she failed to listen to him. Depp, however, refuted the accusation. The court was also told an LAPD officer saw “no injuries” on Heard’s face after she claimed Depp had thrown her own mobile phone at her on one occasion. She claimed he had come to their penthouse “drunk and high”, became enraged and then threw the phone “like someone throwing a baseball”, which hit her in the eye. However, domestic violence specialist Melissa Saenz said she saw no marks on Heard’s face after the alleged incident in May 2016. Heard also claimed Depp had smashed things in the apartment with a wine bottle before leaving but Saenz told the court via videolink from Los Angeles she had found no damage after searching the entire flat.

In another absurd revelation, Depp also accused Heard of defecating in their bed. Heard’s barrister said to Depp, “It came to your attention the following, that was the day of Amber’s actual birthday, that the cleaner had found faeces in the bed”. She suggested Depp was later sent photographs of the faeces, which the actor found “hilarious” and that “there were jokes like… ‘Amber in the dumps’ going on.” Retorting back, Depp stated, “It was one of the most absurd, unexpected statements that I have ever witnessed in my life so, yes, initially I did laugh because it was so strange.” He told the court it was “a mystery” who defecated in the bed “and it was not left by a three or four-pound dog”, in reference to the couple’s pets, one of which was said to have “problems with her toilet habits”. Depp continued, “I was convinced that it was either Ms Heard herself or one of her cohort involved in leaving human faeces on the bed.” He informed the court that the incident was “a fitting end to the relationship”.

Covid-19 impact: Paris adapts to the "new normal" with first of its kind floating movie theatre

Six eye makeup looks any girl can do