A court in the Kingdom of Saudi Arabia has passed a landmark judgement for gender equality, allowing women to live on their own without permission. The court rejected a case filed by a man who accused his wife of being away from her family’s home. He had demanded the court punish his wife for her “repeated absence.”

According to a report in the Saudi Gazette, the judge dismissed the complaint stating that a “sane adult woman” has the right to live independently and so the defendant should not be punished.

“The court said in its ruling that the independence of the defendant in a separate house is not deemed a criminal offense that requires punishment,” read the report. 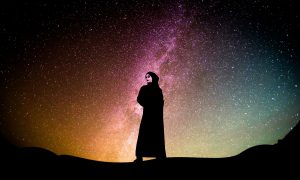 Under the previous “absenteeism” law, parents could file a report with the police against a woman if she disappeared or went to stay on her own, without obtaining prior permission from parents or guardians.

The court’s verdict means that now women in KSA can stay in a separate accommodation without needing anyone’s approval. Speaking about this historic decision, Saudi lawyer Abdul Rahman Al Lahem said it was not a crime for a woman to live independently and thanked his client for defending her right in the case which has been going on since 2017. He said the ruling “ends tragic stories many women lived in the past.”

Chairman of the National Society for Human Rights, Dr Muflih Al Qahtani said the right to housing is a basic human right and women have the right to obtain appropriate housing with family or independently.

“Balance must be made between ensuring the protection of women, providing adequate housing for them and the cohesion of the family and the maintenance of its stability,” he said.

KSA has also eased travel restrictions on women. In August 2019, the country gave permission to women over the age of 21 to obtain passports without the approval of their male guardians, such as fathers, husbands or other male relatives.

At long last! Gigi Hadid reveals baby bump and fans are losing it