5 Upcoming Pakistani Movies in 2022-2023
From Money Back Guarantee to Yaara Vey, here are 5 movies releasing in cinemas near you.
The audiences have absolutely loved the magnum opus movie The Legend Of Maulah Jutt, the box office records is a testimony to its success. While The Legend of Maulah Jutt is breaking box office records left right and center, we have 5 more movies that are about to release.   The revival of Pakistani cinema post-pandemic started off with a bang with Nabeel Qureshi’s Khel Khel Mein and now we’re keeping an eye out for these upcoming Pakistani movies. Here we have curated a list of movies that should be on your bucket list for the year ahead!
Yaara Vey 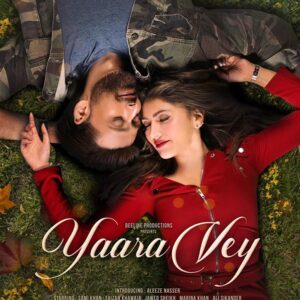 Yaara Vey, UAE’s first Urdu Hindi movie was earlier supposed to release in the year 2020 but it kept getting delayed for unknown reasons.  News has it that the movie is all set to release in cinemas globally on December 2nd, 2022 which BTW is just around the corner.  Yaara Vey is a journey of a girl to find herself and her love.
The movie stars Sami Khan, Faizan Khuwaja, and Aleeze Nasser in lead roles while veteran actors Marina Khan and Jawaid Khan are also playing pivotal roles in the movie.  Althea Kaushal and Mahwash Ajaz are behind the film’s story, screenplay, and dialogues. Rahat Fateh Ali Khan is among the playback singers in the film.
Zaraar 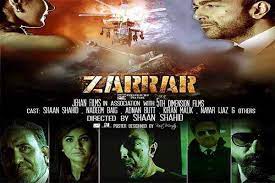 Shaan starrer movie Zarrar was earlier scheduled to release in September but the movie could not get released due to the flood situation in the country. Zaraar is based on true-life events that feature a Pakistani spy fighting against enemies trying to destabilize the country. The movie stars Kiran Malik, Nadeem Baig, Nayyar Ejaz, and Shafqat Cheema. The trailer has already hooked the audience with its riveting action sequences and thrilling fighting scenes.
Tich Button

The movie was supposed to be a 2020 release, but due to the COVID-19 pandemic, Tich Button got delayed.  The love rectangle stars Farhan Saeed, Feroz Khan, Sonia Hussain, and Iman Aly in lead roles. From the trailer, it looks like an absolute entertainer with gorgeous locations and an amazing pace. Although the movie is going through several controversies including one where Sonia Hussain sent a legal notice to Urwa Hocane for nonpayment of dues. But nonetheless, her item song Mein Ni Boldi is becoming increasingly popular among fans and they are loving her overall act.
Nilofer 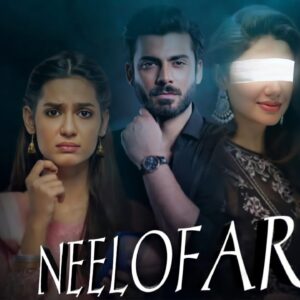 After the huge success of The Legend Of Maulah Jutt, The beloved onscreen lead pair of Fawad Khan and Mahira Khan will yet again enthrall us with their chemistry in the movie Nilofar. Directed by Ammar Rasool, the film is centered on a blind girl played by Mahira with the eponymous name. the movie also features Madiha Imam in a pivotal role while the movie is also co-produced by Fawad Khan.
Money Back Guarantee 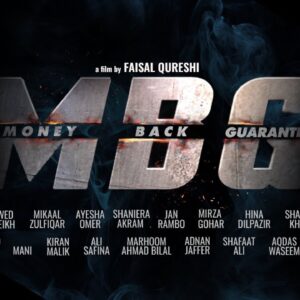 Finally, after much delay, Fawad Khan, and Wasim Akram started the Money Back Guarantee is all set to release some time in 2023. With Money Back Guarantee, it is going to be Fawad Khan’s second movie as a lead actor after Legend of The Maulah Jatt.  Not just Fawad Khan, Wasim Akram will be making his acting debut alongside his wife Shaniera Akram which is a win-win given their beautiful chemistry offscreen. The rest of the ensemble cast also includes big names like Mikaal Zulfikar, Ayesha Omer, Hina Dilpazeer, Gohar Rasheed, Ali Safina, Adnan Jaffer, and Mani in pivotal roles.

Taqdeer Episode 18: This Drama Should Be Renamed “Saazish Central”